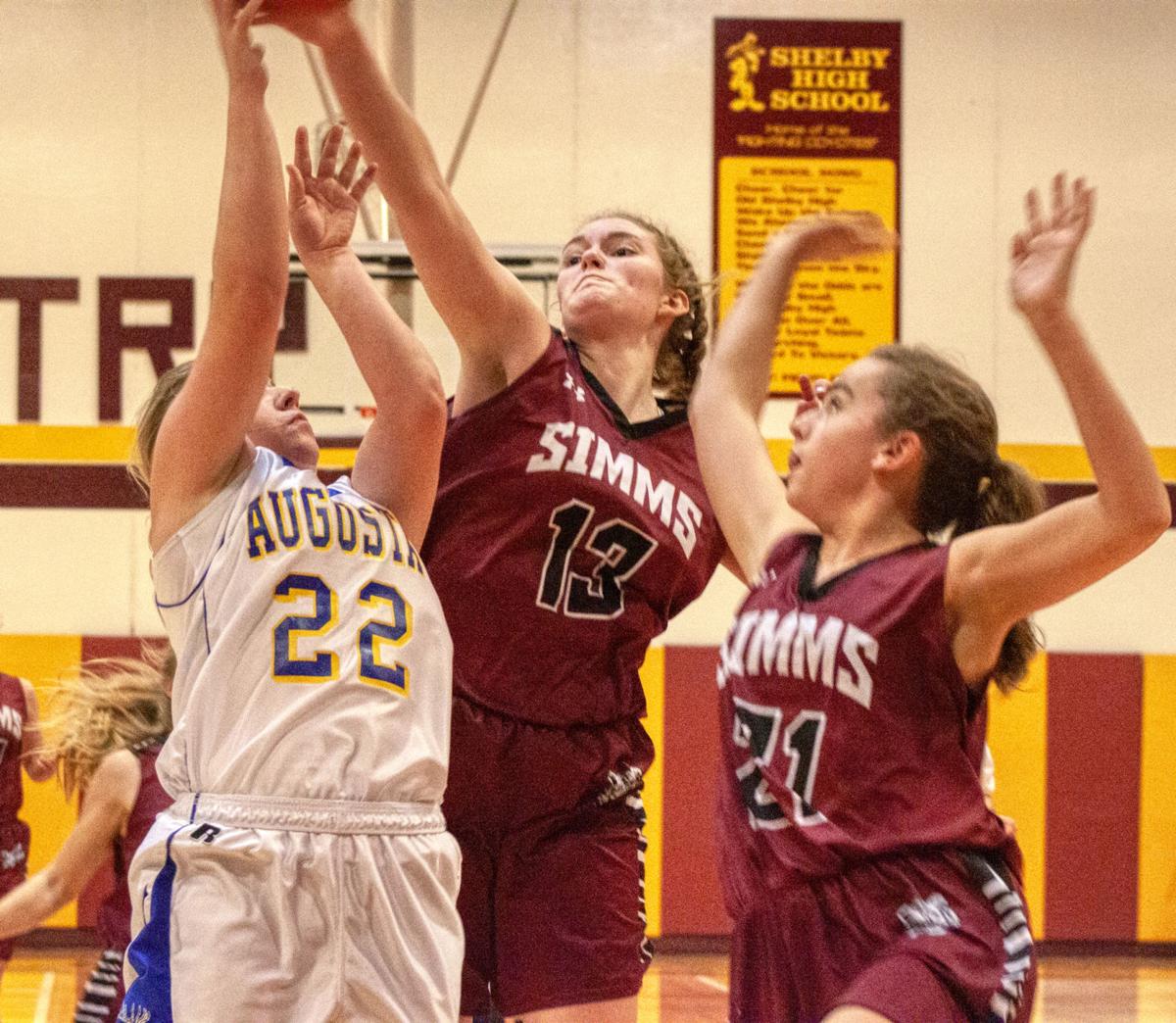 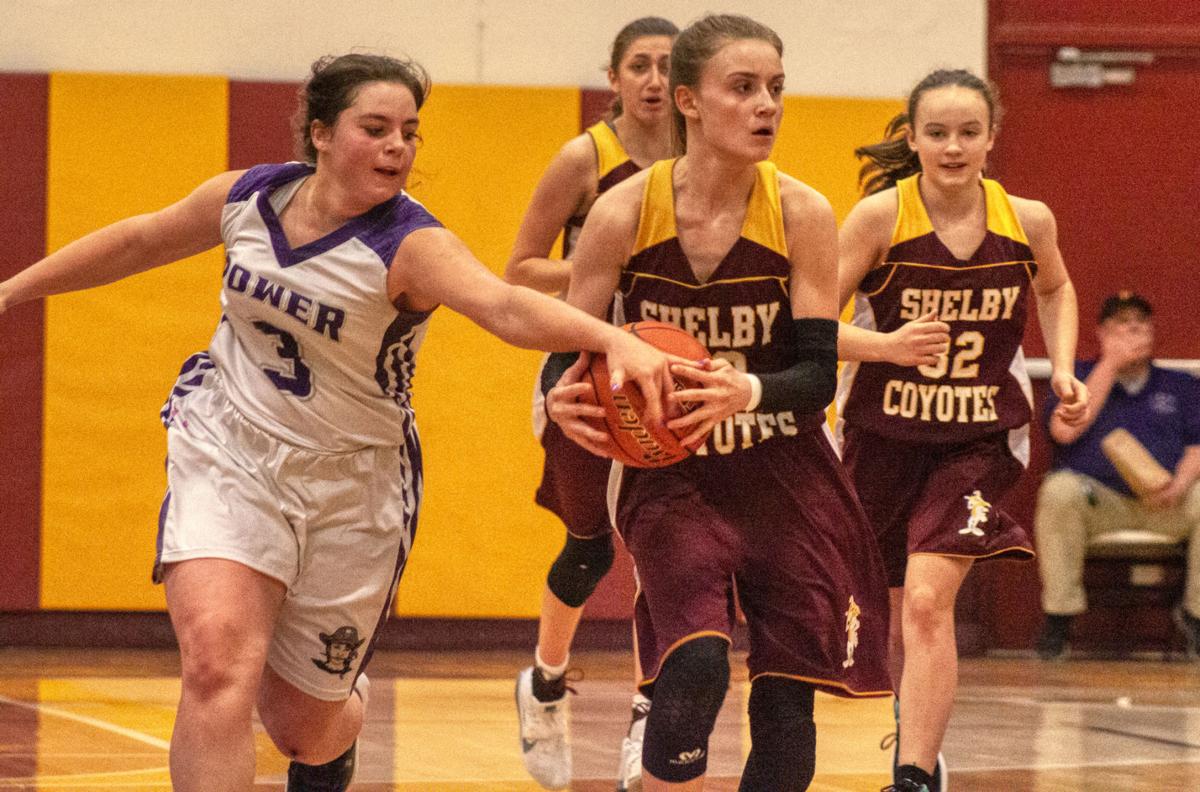 Augusta Elks (left to right) in Shelby uniforms as they take on the Power Pirates: Olivia Isackson, Bradi Hill and Abby Barrett.

Augusta Elks (left to right) in Shelby uniforms as they take on the Power Pirates: Olivia Isackson, Bradi Hill and Abby Barrett.

For Thursday’s District tournament, the Augusta Lady Elks got an hour and a half from home with no game jerseys, but that did not stop these resourceful ladies who donned Shelby Coyote uniforms.

The Lady Elks came out against the Power Pirates with a slow start, letting the Pirates put the first points on the board but at the half they were up 18 to11and they finished, beating the Pirates 55 to 37.

Senior, Jae Allen, was confident going into all three games. Jae says, “We have worked extremely hard and I knew we were going to win”.

Saturday’s game against the Simms Tigers saw two top teams competing at their peak performance. The teams traded the lead all through the game, but Augusta’s Lady Elks walked away with the win, 53 to 41.

Eighth grader, Payton Levine scored 17 points in Saturday’s game and had this to say, “It was a crazy game. We came out nervous at the start.” She sees a “bright future for this group of girls” and Payton is “glad to be establishing a brand for Augusta”.

Dayna Mills, Sophomore says, “The year has been so awesome. I love the Augusta girls.” Dayna offers that the team “takes things more seriously than other teams”. Dayna is excited for this week’s play and looks forward to “an open playing field”.

Action in these tournament games is intense. When watching, you have to remind yourself this is basketball and not football! These ladies fight, with their all, to win and the results speak for themselves. To be thoroughly entertained, join Augusta at the Northern C Divisional Tournament, Thursday night at 8:30 at the Expo Center in Great Falls.

This story was originally posted at fairfieldsuntimes.com