You have permission to edit this article.
Edit
Home
News
School
A & E
Business
Opinion
Obituaries
Announcements
Sports
Classifieds
1 of 12 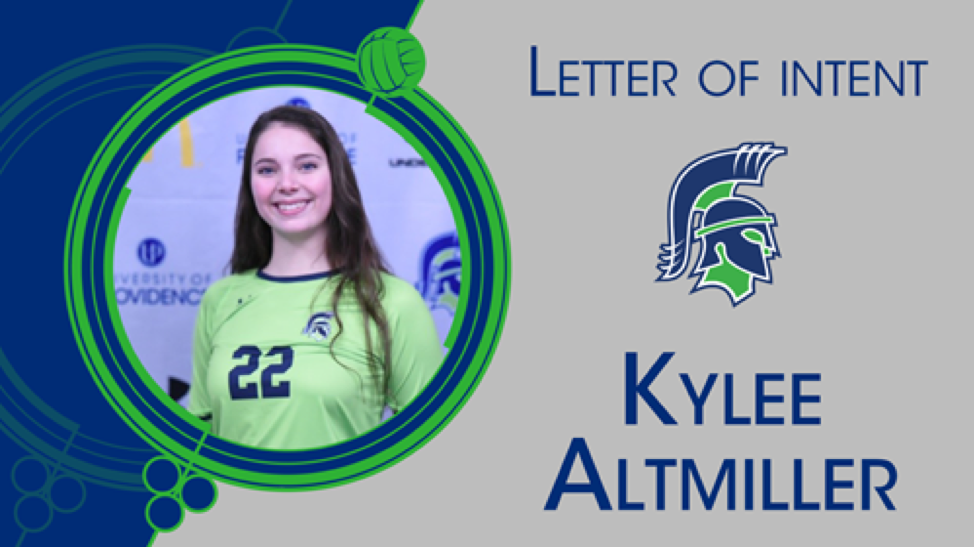 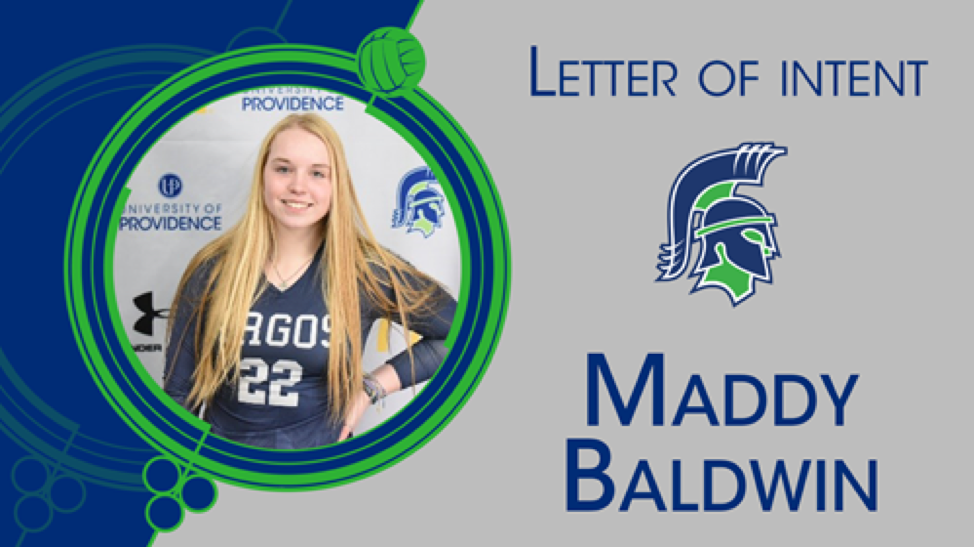 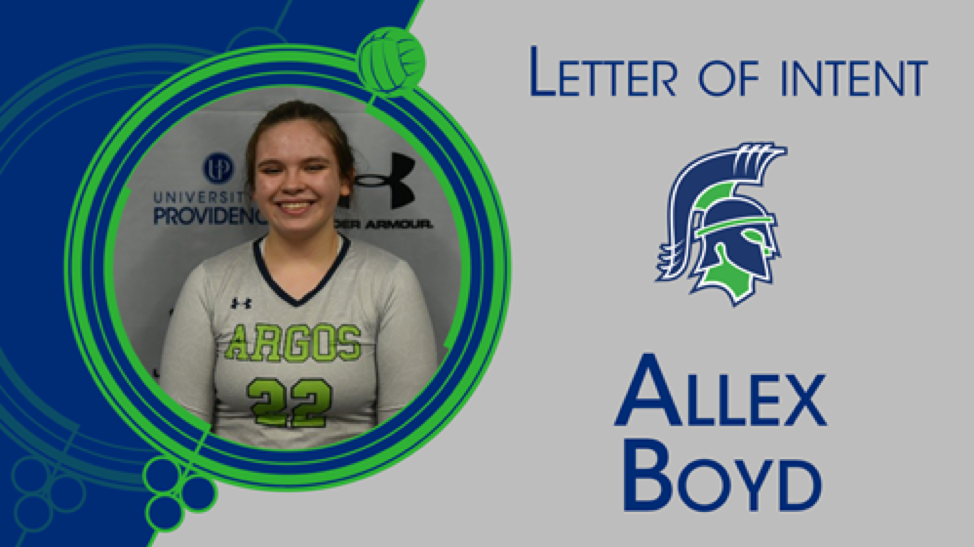 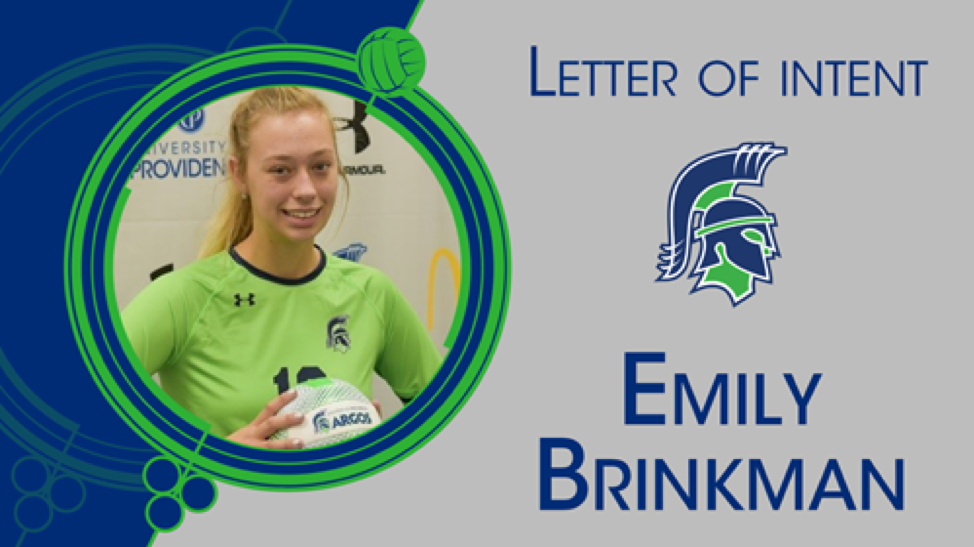 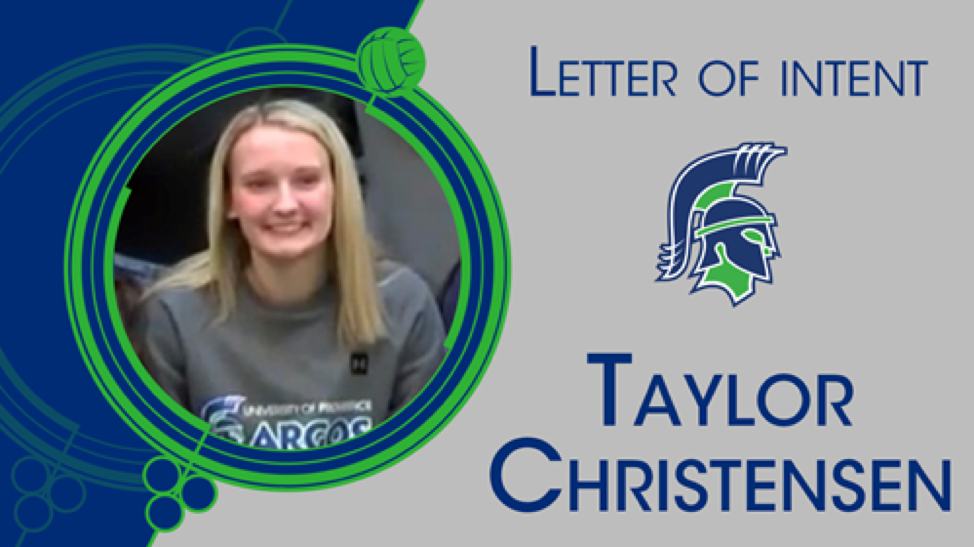 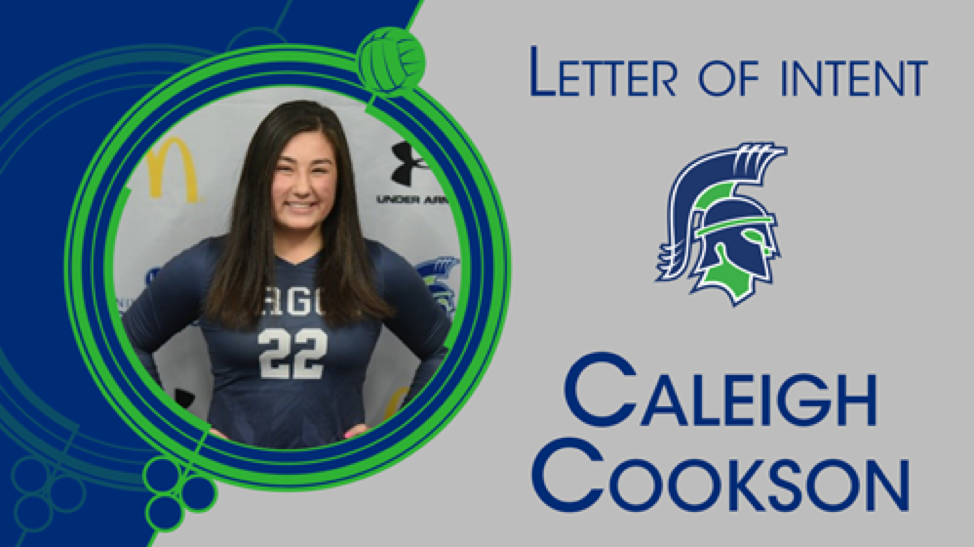 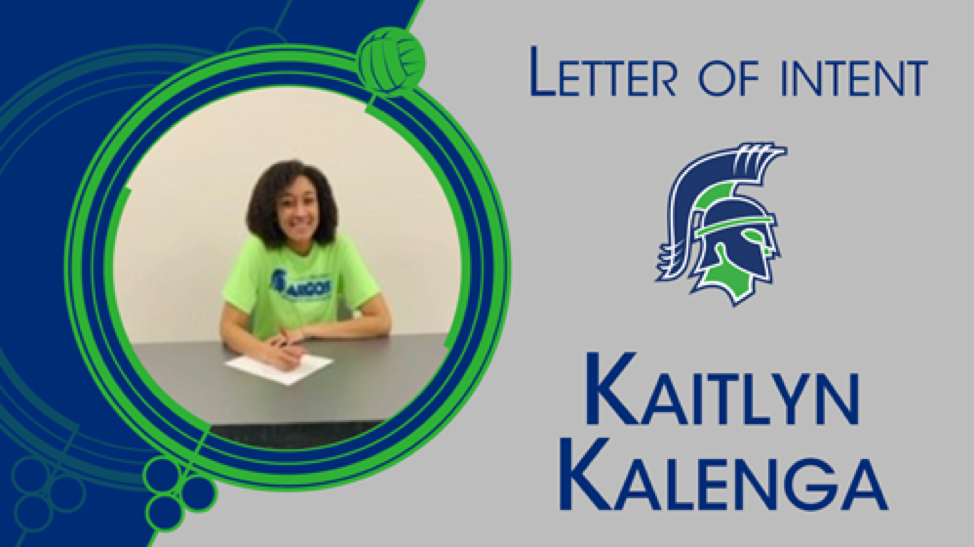 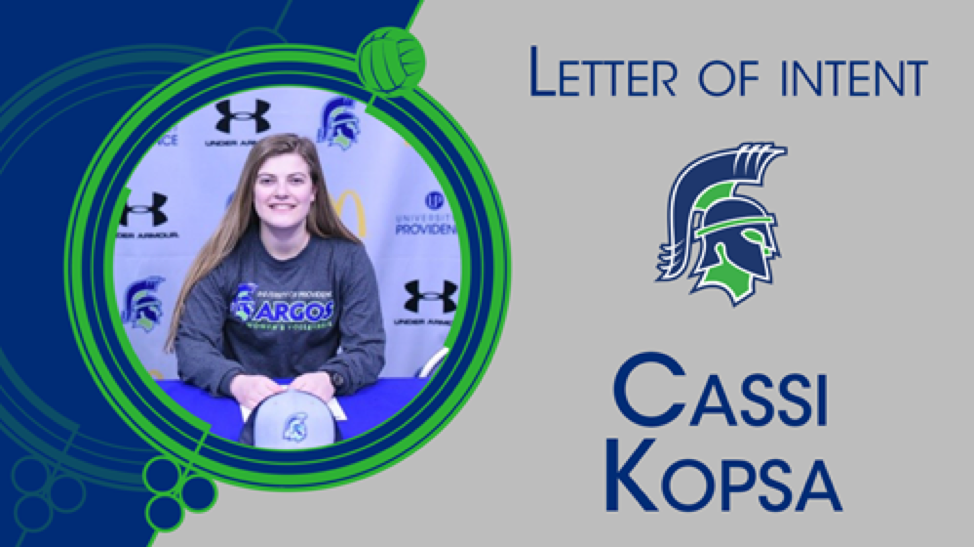 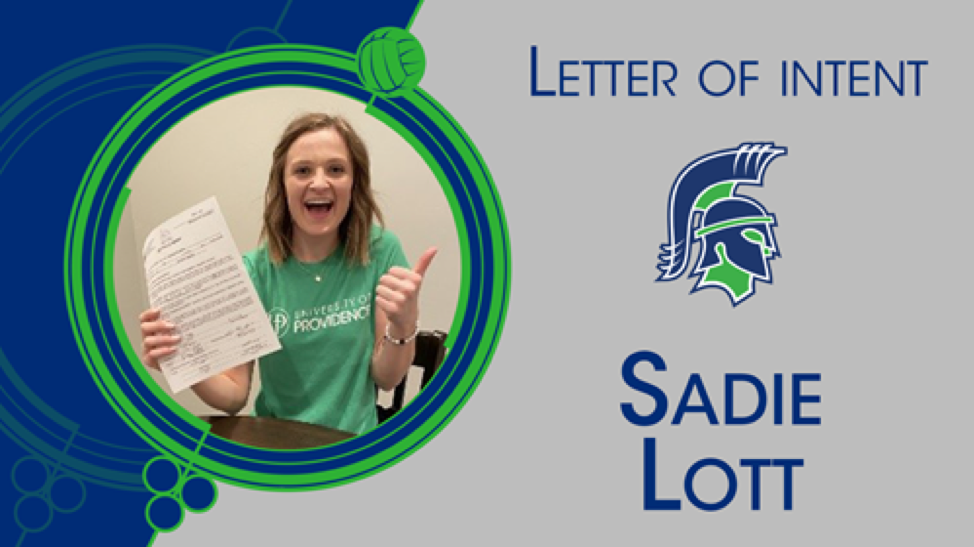 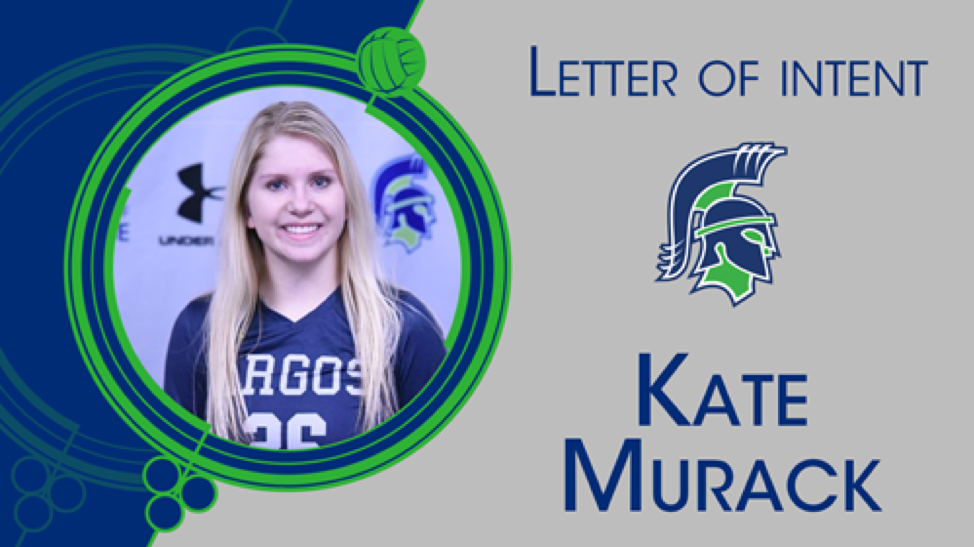 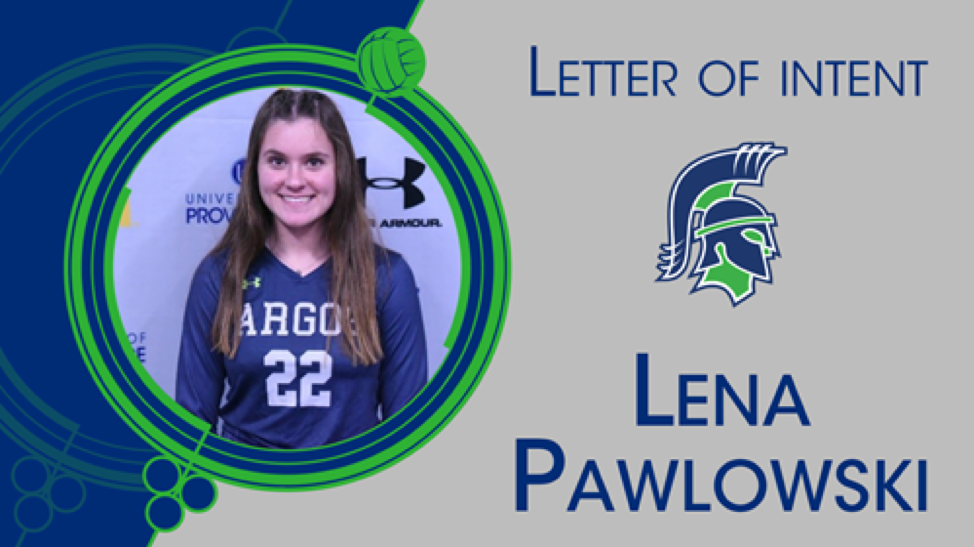 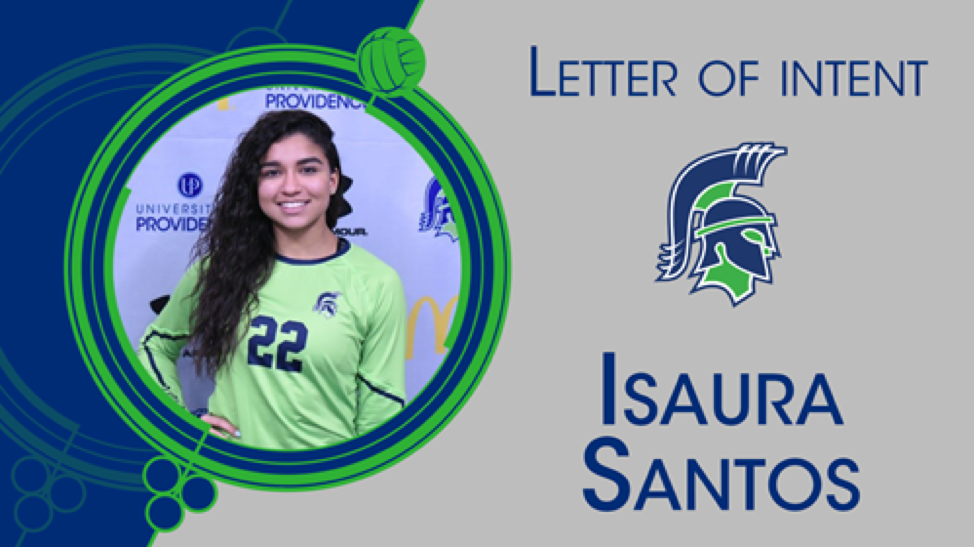 GREAT FALLS, MT – The University of Providence volleyball program announced the 2020-2021 recruiting class Friday afternoon. The class contains 12 signees, including seven from the state of Montana.

After a successful season which consisted of a National Tournament appearance, the coaching staff is hopeful the class will help fill the holes left by the three seniors who finished their careers with the Argos; Averi Dyer, Kelsey Shaver and Tyna William.

"We had some big shoes to fill in this recruiting class with the departure of our seniors, and we feel as though we found an amazing group of young ladies with an excellent blend of talent, character, and work ethic," head coach Arunas Duda said. "We are excited that seven of these student athletes are from the state of Montana proving our commitment to finding the right kids in state first. Several of these recruits will step on the court right away for us while others will develop into influential contributors in the future. While it might take us some time to gel with this many new players, we are excited to get back into the gym as the future continues to be bright for Argo Volleyball."

Duda is excited about the collective dedication his new members have in the classroom. The 12 signees average a 3.72 GP and have won a slew of academic awards.

"We are also very proud of that fact," Duda said. "Hard work in the classroom has a direct correlation to production and success in our program."

Altmiller joins the program from Plains High School in Plains, Mont. She was a decorated multi-sport athlete high school, playing basketball and track alongside volleyball. She was named All-State twice and Academic All-State three times and led her team to a District Championship as a junior.

Altmiller was also the class valedictorian, named to the Honor Roll all four years, and a member of the National Honor Society. She plans on studying at biology at Providence.

"With Kylee we have found a diamond in the rough," Duda said. "She is athletic, jumps well, and has a heavy arm. She comes from a great hardworking family that has instilled a great work ethic in her. She is the type of kid that has that 'bring it on' attitude and will assimilate quickly. We are beyond excited to see what the future holds for her in our program and at the University."

"Maddy has excellent ball control and has a lot of pop on the ball giving our team another exciting option for a six rotation outside hitter," Duda said. "One thing that really stood out to us while recruiting was the grace and support she showed her teammates during matches. She is another player that we feel loves to face adversity and will thrive in the competitive environment in our gym."

Boyd joins the program from the Odyssey Institute in Buckeye, Ariz, where she was named the Defensive Player of the Year her junior and senior seasons. She was also named to All-Regional 1st Team as a senior. She averaged 2.6 digs and 3.5 receptions per set. She played a total of 254 sets, where she recorded 671 digs, 880 receptions and 139 aces. She also recorded 12 kills.

In the classroom, Boyd was named to the Honor Roll every semester and was named to Principle's List three times. She also participated in student government for three years and was a member of the National Honor Society for two years. She was also the recipient of the International Thespian Award. She plans on studying bilogy at Providence.

"When we met Allex we were immediately impressed by how well-spoken she was and how passionate she is about her sport," Duda said. "You can tell that she has a love for the game and will constantly work to improve. She is well-prepared for the academic load she will face in college. We are excited to work with Allex and see her develop through the years."

Brinkman joins the program from Sentinel High School in Missoula, Mont. She was a successful multi-sport athlete, playing softball and track alongside volleyball in high school.

She was named Academic All-State and is a member of the National Honors Society. She plans to study business administration at Providence.

"Emily really impressed us this summer during our Argo camp where we were fortunate enough to spend several days working with her and getting to know her," Duda said. "She has excellent character and work ethic and her potential is through the roof. We are excited by her potential to attack at such a high point."

Christensen joins the program from Belgrade, Mont. She had an accomplished volleyball career, leading her team to a 2nd place finish at the Montana State Championship twice. She was named both 1st Team All-State and 1st Team All-Conference twice. She currently holds four records at Belgrade High School.

"Taylor was on pace to shatter the all-time digs record in the state of Montana before suffering a season ending injury the first week of practice this fall," Duda said. "She is a tremendous defender with an excellent court IQ as well as a serve/receive that any coach would want on the court. She will be teaming up with her sister, Bailey, who red-shirted this past season for the Argos. They had a pretty good track record together at Belgrade High School so we look forward to continuing that tradition here."

Cookson joins the program from Pleasant Grove High School in Wilton, Cali. She was named the Athlete of the Month in Sept. 2019 and was named to the San Joaquin Delta All-League team. She was also named an Sacramento Optimist All-Star in 2019. She led her team to a 3rd place finish in the Delta League as a senior and a 2nd place finish as a junior. Cookson also has a black belt in karate.

Cookson has won seven academic awards over the course of her high school career. She plans on studying business at Providence.

"Caleigh touched base with us this fall and received very high recommendations from her high school and recruiting coordinators," Duda said. "She flies around the court with reckless abandon and gets a hand on almost every ball. She's the type of defender that brings a ton of energy to the court every day and makes everyone in the gym better."

Kalenga joins the program from Flathead High School in Kalispell, Mont. As a senior, she was named All-State, 2nd Team All-Conference, and was named to the All Region American Volleyball Coaches Association team.

Kalenga is also active in choir and qualified for the All-State Festival as a junior and a senior. She plans to study business at Providence.

"Length and quickness are two huge advantages for a middle blocker in our sport and Kaitlyn possesses both," Duda said. "Kaitlyn comes from a great family who pushes her to excel both on and off the court. She hit at a very high percentage in high school in Kalispell and we are looking forward to working with her to ensure that continues at the collegiate level."

Kopsa is joining the program from Stevensville High School in Stevensville, Mont. She played both softball and volleyball in high school. On the court, she was named 2nd Team All-Conference as a freshman, Honorable Mention as a sophomore and 1st Team All-State as a junior and senior.

She was also named Academic All-State and finished with a 4.31 GPA. She plans to study criminal justice at Providence.

"Cassi attended Argo summer camp and showed us right away that she was just an outright awesome kid," Duda said. "She's talented, hardworking, and extremely gritty and that's something that is a non-negotiable for our defensive players. She has a disruptive serve and can defend extremely well. She will be an excellent addition to the UP campus."

Lott joins the Argo program from Bonneville High School in Idaho Falls, Ida., where she had a successful career. She left the program the career-leader in blocks, 5th in kills and 5th in aces. She was named 1st Team All-Area three times, 1st Team All-Conference three times, and was named the conference Player of the Year as a senior. Most importantly, she led her team to three state championships.

Lott also won the Team Scholastic Award for her academic prowess. A 4.0 student all four years, she plans to study biology health professions at Providence.

"Sadie's an incredible athlete that plays as high above the net with as much or more intensity than any player that I have ever seen," Duda said. "She has the ability to play any position on the court and will make an immediate impact on our roster."

Murack joins the program from Conrad, Mont. She was named to the All-Conference team as a senior, and was named the MVP of her team the past two seasons. She found success in multiple sports, earning All-State honors on the golf course all four years and being named KSEN student-athlete of the week for her performance on the basketball court.

Academically, she was named Academic All-State all four years. She plans on studying exercise science at Providence.

"When we recruit local players, we have to make sure that they are of high character, great academically, and will only enhance the culture of our program," Duda said. "Kate does exactly that and will have a very successful career at UP. She has a lot of support from her family and friends and we expect her to take quick strides towards her collegiate goals. She is a talented multi-sport athlete that will fit in very well with our system."

Pawlowski joins the team from Polson, Mont. She has been named both to the All-Conference team and been named Honorable Mention for her performance on the court.

She plans to study criminal justice at Providence.

"Lena has attended Argo camps for several years now and she has always impressed us with her quiet passion for the game," Duda said. "She always comes to the gym early, gets touches on the ball, and loves playing. You can tell she is willing to put in the work to be a great player and we are excited to get her the reps and coaching to build on the framework she already has."

Santos joins the program from Miami, Fla. She previously played two successful seasons at Miami Dade College, coming in as the National Runner Up in 2018 and a third-place finish last season. Before college, she played both volleyball and softball at Somerset High School.

She was a member of the Spanish Honor Society in high school. She plans on studying communication and digital marketing at Providence.

"We saw Isaura play early on in the recruiting cycle and after watching her play and our first conversation we knew we found someone special," Duda said. "She is a tremendous athlete, and a savvy volleyball player who figures to have a significant role for the Argos squad."