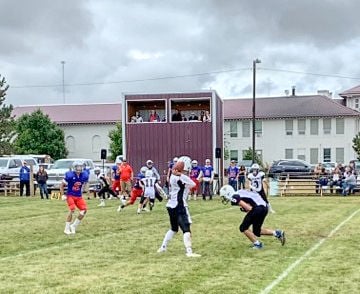 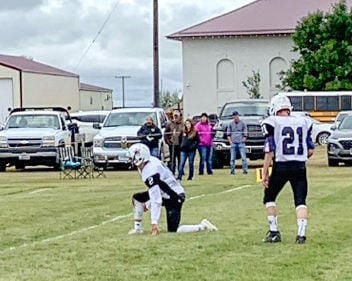 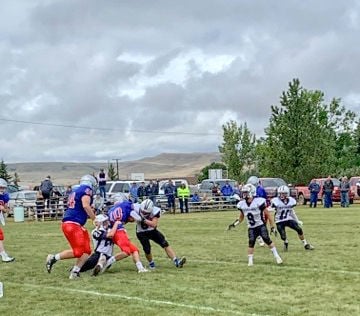 Fresh off their 52-0 victory over the Valier Panthers in week one, the Power-Dutton/Brady Titans improved to 2-0 on the year after a convincing 57-25 defeat over the Denton-Geyser-Stanford Bearcats (DGS) in Geyser, Montana.

The Titans scored first after Tyce Erickson intercepted a Bearcat pass and took it all the way to the house for the Titan's first touchdown of the game. DGS would answer with two scores of their own, but the Titans would punch in two more scores in the opening frame to go up 22-19.

Despite the close first quarter, the Titans would open up the game and cruise to victory. The Titan defense had another standout game, forcing several interceptions and fumbles while also shutting out DGS for two quarters. Next, the Titans will next play Box Elder in Dutton on September 14th at 2 PM.