Miguel Perez runs a power-half on his Fort Benton opponent. 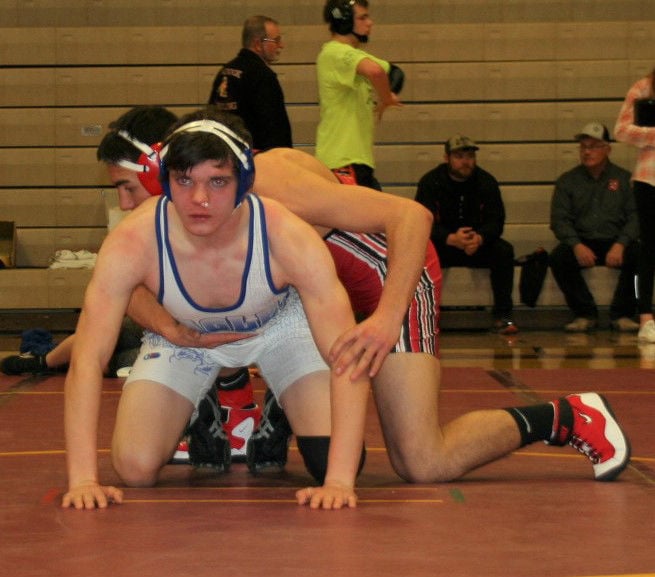 Blake Jensen prepares to escape from the referee's position. 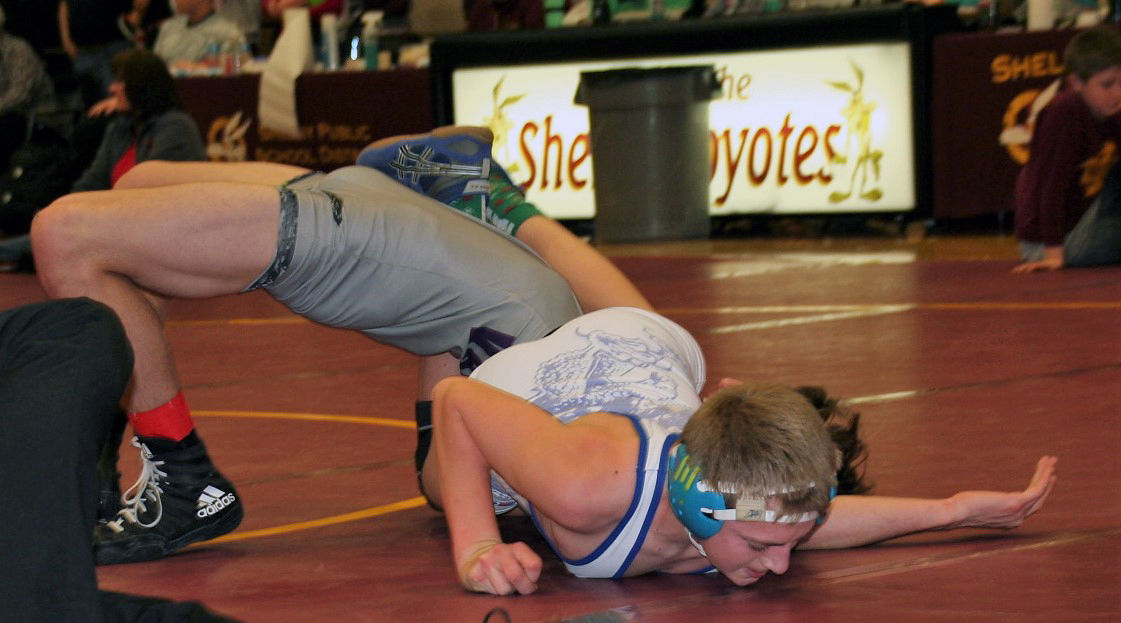 Cael Giles pins his Valier opponent with a leg scissor. 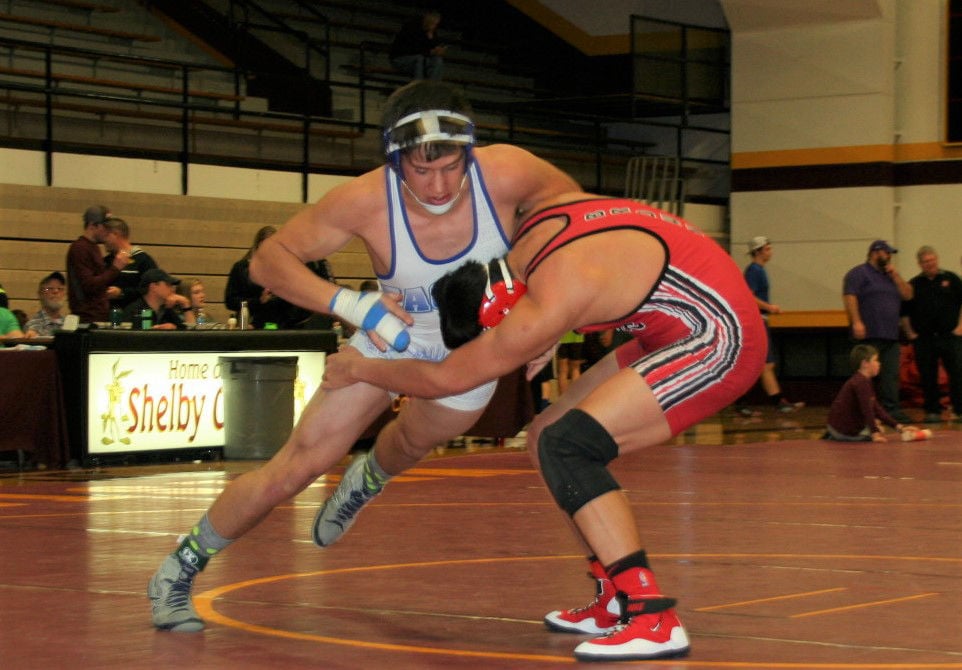 Dillon Anderson defends against a shot from his Browning opponent 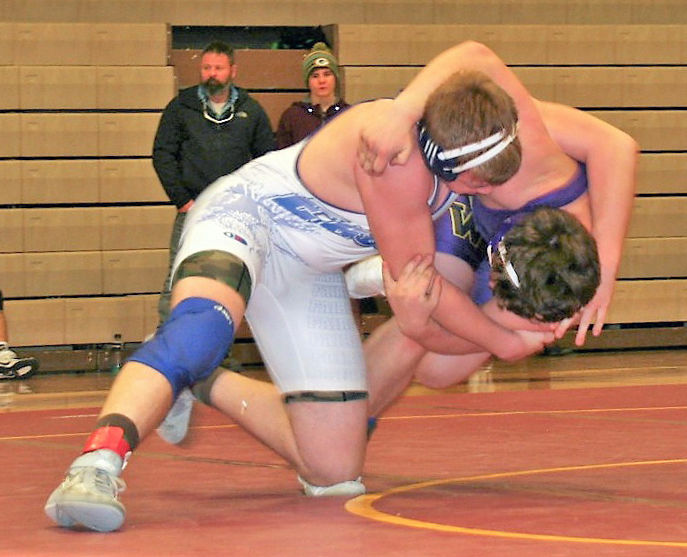 Kolter Bouma throws his Cut Bank opponent for a take down.

Thomas Troy turns his CJI opponent by gaining control of his wrist.

Miguel Perez runs a power-half on his Fort Benton opponent.

Blake Jensen prepares to escape from the referee's position.

Cael Giles pins his Valier opponent with a leg scissor.

Dillon Anderson defends against a shot from his Browning opponent

Kolter Bouma throws his Cut Bank opponent for a take down.

Thomas Troy turns his CJI opponent by gaining control of his wrist.

In addition to statistics, we had some fun personal victories on the mats. Sophomore Kolter Bouma was paired with Valier junior Brett Monroe for his second match of the day. Brett is known for his upper body strength and throws which usually result in a pin. One such throw left Kolter with a back injury at the Glasgow Scottie invitation meet on the first weekend of December and eliminated Kolter from that competition. If Kolter was nervous about this repeat match-up, it sure didn’t show. He wrestled strong and had a first-time win against Monroe 8-6 in the last 10 seconds of the match.

Freshman Miguel Ramos wrestled up to the 113 lb. weight class as there were not enough 103 lb. wrestlers at the meet to complete with. Despite competition that outweighed him, Miguel won 4 matches by pin!

It is difficult to describe the transformation seen in junior Thomas Troy this week. For those of you unfamiliar with his wrestling history, Thomas began wresting just last year as a sophomore. Technique in this sport, as in most, comes from lots and lots of time and experience. During this meet, Thomas took on the look of an experienced wrestler. His balance, coordination, speed and agility were noticeably improved. Thomas’s final match of the day clearly demonstrated his improvement when he pinned his Cut Bank opponent that, on estimation, outweighed him by approximately 60 lbs.

Senior Dillon Anderson met with a challenge that he has been looking forward to all season. He was paired against Senior JR Seewald from Cut Bank who is ranked 3rd in the coaches’ poll for the state in Class B at 182lbs. Both wrestlers have been in the 182 lb. weight class so far this season and both dropped to 170 lb. weight class at the Shelby meet. Dillon has wrestled JR previously and the two placed first (Seewald) and second (Anderson) last year in the Northern divisional tournament. Seewald again bested Anderson at the Shelby meet, but the match-up was close and left Dillon with the confidence that Seewald is an opponent that he can beat in the future. Dillon won his other 2 matches, but his match with Seewald was his best performance of the day.

The first weekend in January will find our Eagle Wrestlers in Choteau on Thursday evening, January 3rd and in Cut Bank on January 4th and 5th. Come out and support our boys when you can and don’t forget to mark your calendar for wrestling at home, in Fairfield, on Thursday, January 10th. Happy New Year!