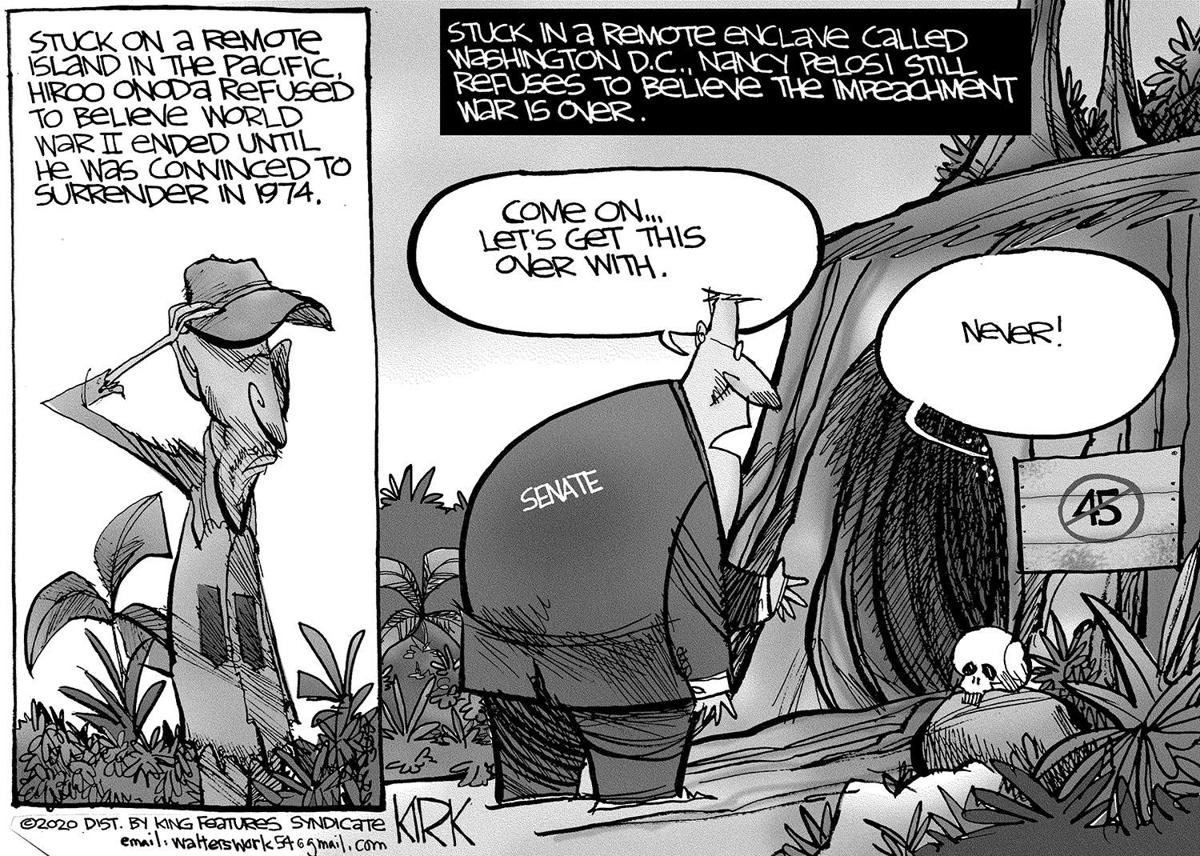 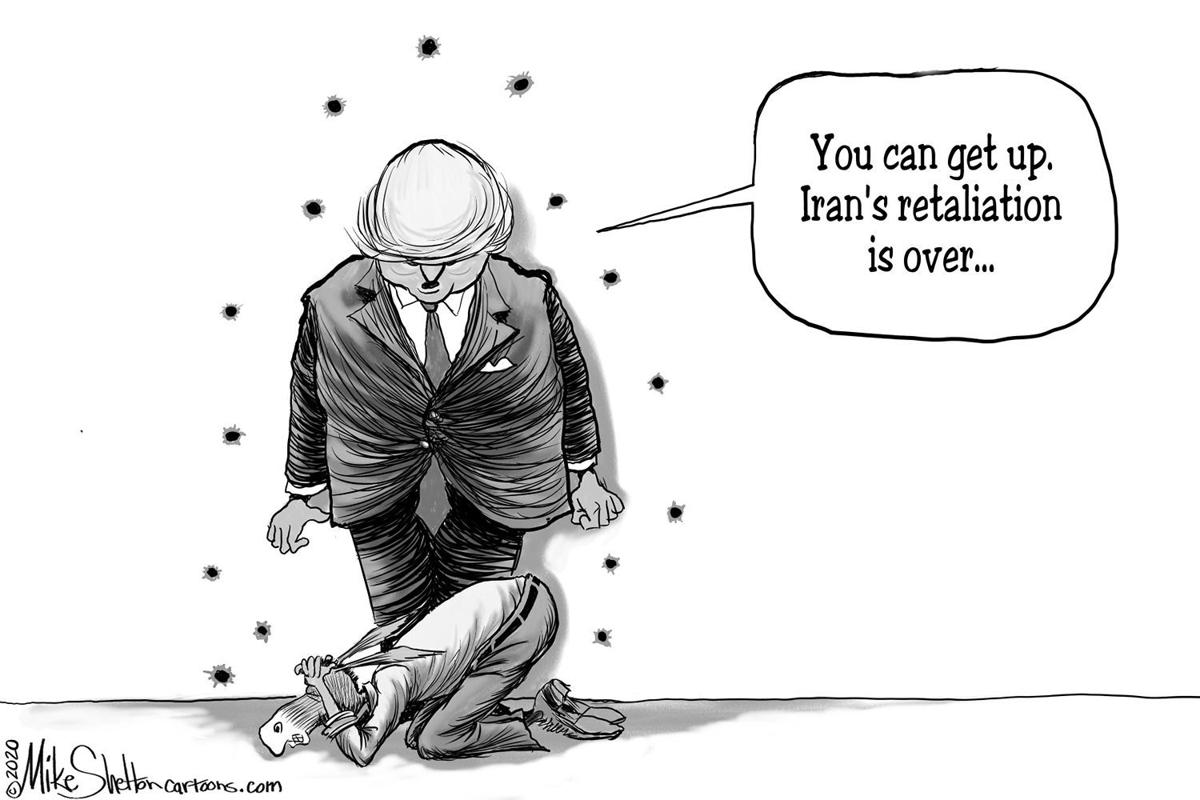 I watched as much of the Democratic debate as I could stomach Tuesday night, which was about 50 minutes.

That was long enough to enjoy watching the Fake News Media, in the form of CNN’s Abby Phillip, start to eat their own when the moderator dismissed Democrat front-runner Bernie Sanders as a male chauvinist liar! (I never thought I would feel sorry for a communist, but Phillip made me come close when she savaged the defenseless old man.)

Anyway, I did recuperate from the exhaustion of watching the Dems lie to each other and to the nation — at least, enough that I was able to watch some of the post-debate analysis. Most interesting to me was the perspective of David Plouffe, who was the campaign manager for Barack Obama in 2008. Brian Williams on MSNBC asked Plouffe, “How is this party going to beat Donald Trump?” and he probably didn’t expect the answer he got:

“Well, it’s going to be really hard. One of the things that I have a great fear of is I think people see his approval ratings and they assume he’s going to be easy to beat. He’s not.”

That’s interesting. Certainly not what we usually hear from the pundits on MSNBC, but remember that Plouffe is the guy who found a way to convince Iowa, North Carolina and Florida to vote for untested Barack Obama. Plouffe knows more than the Deep Blue point of view typically conveyed by the talking heads in D.C. and New York.

His assessment was that President Trump is much stronger than he was when he ran his insurgency campaign as a novice politician the first time around:

That was a reference to Andrew Bosworth, who wrote a candid defense of Facebook’s policy of not interfering in political advertising on its platform, a defense in which he also offered extravagant praise for Trump’s abilities as a salesman. The memo, which was “not intended for public consumption,” probably scared the bejesus out of Democrats when the New York Times got ahold of it.

It took the Times 19 paragraphs to get to the heart of the news, which was that Bosworth “said he believed Facebook was responsible for Mr. Trump’s 2016 election victory, but not because of Russian interference or the Cambridge Analytica scandal, in which millions of Facebook users’ data was leaked to a political strategy firm that worked with the Trump campaign.” Rather, as written by Bosworth and interpreted by the Times, “Mr. Trump simply used Facebook’s advertising tools effectively.”

“He didn’t get elected because of Russia or misinformation or Cambridge Analytica,” Bosworth wrote. “He got elected because he ran the single best digital ad campaign I’ve ever seen from any advertiser. Period.”

There is obviously a disconnect between Plouffe saying he doesn’t think Trump ran a great campaign in 2016 while Bosworth called it “the single best digital ad campaign” ever. I think we can attribute that disconnect to Plouffe’s fear that it’s going to happen again. As he told the MSNBC audience:

“Donald Trump is going to find and register and turn out every conceivable human being that looks like his base voter in the battleground states. So the raw vote numbers [don’t matter] — Trump has shown no interest in growing out his base … suburban women for instance. He’s going to grow it through registration and turnout.”

Plouffe argued that therefore Democrats need someone who can perform well in specific tasks in battleground states.

“Let’s look at Wisconsin. You want someone who can maximize his support of suburban women outside of Madison and Dane County, and get the kid who comes from Missouri who has gone to the University of Wisconsin, to register and be active, and get the 19-year-old African American male in Wisconsin who has no interest in politics to register and vote, and bring back some of the Obama-Trump ironworker voters.”

Wow! No wonder Plouffe says Trump will be hard to beat!

And by the way, on CNN, which hosted Tuesday’s debate, another pundit was even more pessimistic. Former Obama administration official Van Jones said he was not encouraged by what he saw from the six candidates on the Des Moines stage:

“As a progressive, to see those two [Elizabeth Warren and Bernie Sanders] have that level of vitriol was very dispiriting. And I want to say that tonight for me was dispiriting. Democrats got to do better than what we saw tonight. There was nothing I saw tonight that would be able to take Donald Trump out, and I want to see a Democrat in the White House as soon as possible.”

So there you have it! On the night before Nancy Pelosi gift-wraps her impeachment with a bow and ships it to the Senate for a test drive, Donald Trump is the undisputed winner of the last Democratic debate before actual votes start to get counted in Iowa and New Hampshire. Pelosi thinks she is impeaching Trump “forever,” but she isn’t. She’s just launching his reelection campaign, and it will seem like forever to Democrats when they have to live through four more years of President Donald J. Trump.

Frank Miele, the retired editor of the Daily Inter Lake in Kalispell Mont., is a columnist for RealClearPolitics. His books — including “The Media Matrix: What If Everything You Know Is Fake?” — are available from his Amazon author page. Visit him at HeartlandDiaryUSA.com to read his daily commentary or follow him on Facebook @HeartlandDiaryUSA or on Twitter @HeartlandDiary.