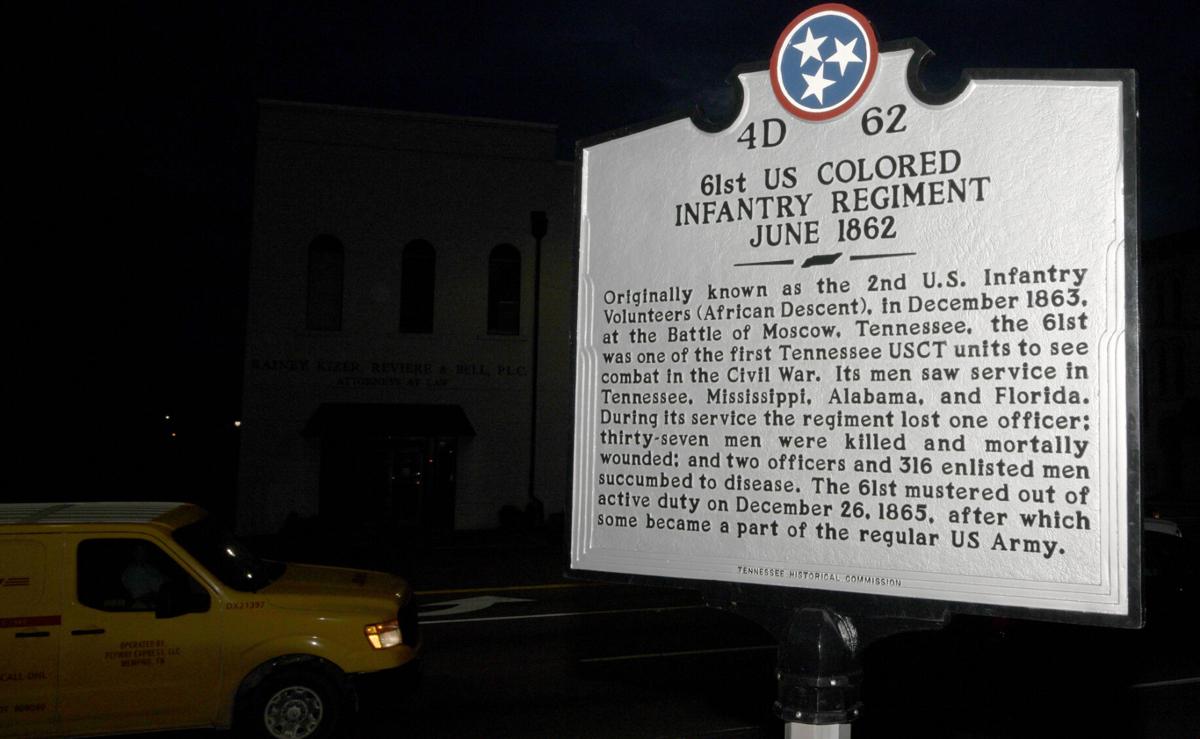 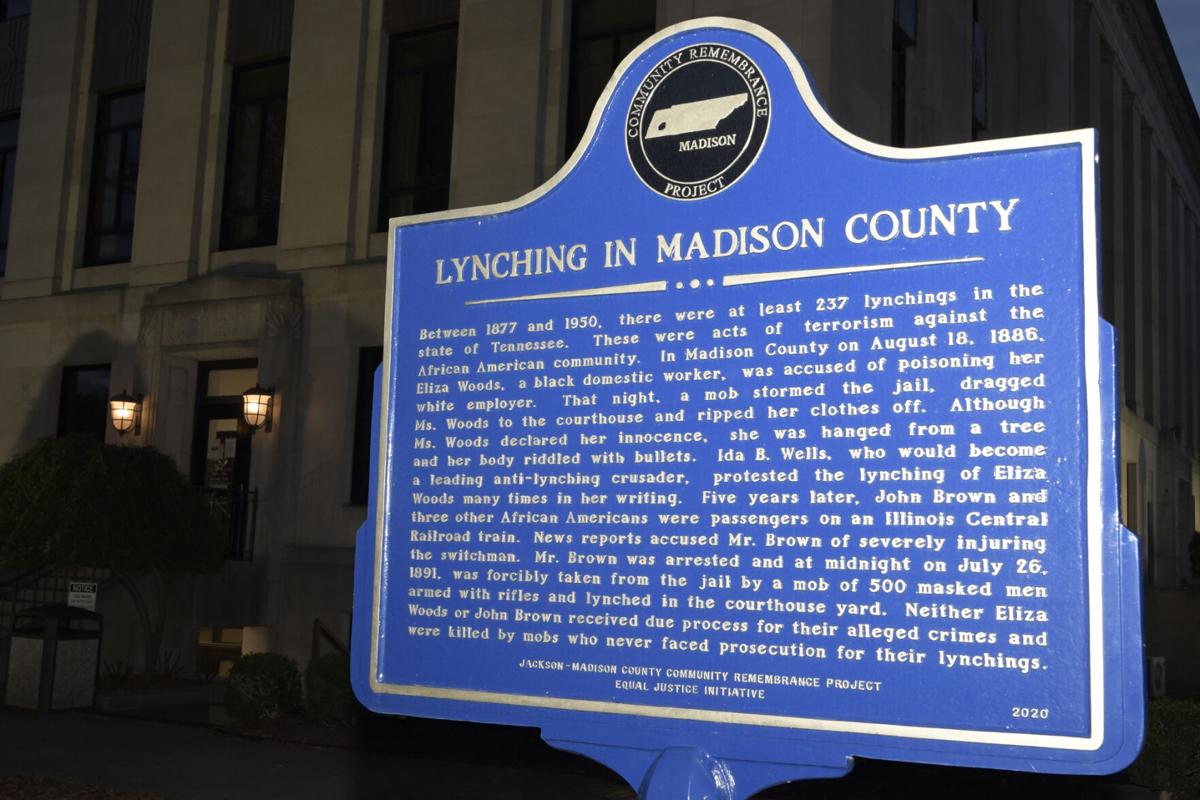 During that 2014 visit, I drove around the town center, to see what had disappeared in the name of progress. Quite a bit had changed, but the courthouse still stood, and the grand structure looked more impressive than ever. It is a beautiful building.

In 2014, I took my camera and walked all around the courthouse grounds. Growing up, I had little need to visit the courthouse (credit a good upbringing for that, I suppose). On the 2014 visit, though, I took my time to take in the view.

There was a display of an old bible under glass. The light that illuminated the open pages was out, and the display was falling into disrepair. There was the old water fountain. I had never noticed, in my youth, that the fountain was dedicated to the nurses from Madison County, Tennessee that treated the wounded in World War I.

The last item in the courthouse lawn I noted was a Confederate Statue.

Unlike many states during the Civil War, Tennessee was divided. It was the last state to leave the Union; and the first Confederate state to return.

As you moved east across the state from Memphis, the population tended to lean more to the Union cause. On both sides of our family, they tended to be on the side of the Union.

Growing up, I was taught to respect those who fought on both sides.

Dad was a Civil War buff. We went to Shiloh National Military Park when I was a kid. Somehow dad finagled a personal tour for just the two of us. Dad was a smooth talker. Or maybe he just flashed the “PRESS” card. He and I would tour Civil War battlefields across many states.

With that background, I have always thought that it is wrong to tear down these statues under the dark of night.

Instead, add to what the statue conveys. Keep it in the context of the period – the Civil War era – but show balance and educate people to the full story.

In the years since my 2014 visit, I assumed that the statue might have fallen into further disrepair. Or maybe, like so many others, the statue might have been removed, at the urging of protesters and the media that are eager to check another remnant of the “Old South” off their list for political gain.

On this visit, as I pulled up to the courthouse late one evening, I noticed a new historical marker on the lawn of the Madison County Courthouse.

This marker told of two lynchings that had occurred in the county:

America Is One State Away From Constitutional Reform

Trial Lawyers Cash In on BBB

Between 1877 and 1950, there were at least 237 lynchings in the state of Tennessee. These were acts of terrorism against the African American community. In Madison County on August 18, 1886, Eliza Woods, a black domestic worker, was accused of poisoning her white employer. That night, a mob stormed the jail, dragged Ms. Woods to the courthouse and ripped her clothes off. Although Ms. Woods declared her innocence, she was hanged from a tree and her body riddled with bullets.

Ida B. Wells, who would become a leading anti-lynching crusader, protested the lynching of Eliza Woods many times in her writing.

News reports accused Mr. Brown of severely injuring the switchman. Mr. Brown was arrested and at midnight on July 26, 1891, was forcibly taken from the jail by a mob of 500 masked men armed with rifles and lynched in the courthouse yard. Neither Eliza Woods or John Brown received due process for their alleged crimes and were killed by mobs who never faced prosecution for their lynchings.”

I don’t recall ever hearing these stories before. They turn your stomach, but there are many times in our history when we should be upset with our past. That is, if you want to hold true to history.

The Confederate monument is an impressive statue. It was erected in 1888, and at the base are four panels. The front panel reads, “To The CONFEDERATE DEAD of Madison County.” The next panel reads, “Federal records show they had from first to last two million six hundred thousand men in service; while the Confederates all told had but little over six hundred thousand.” On the third panel is this inscription, “Madison County furnished the South more soldiers than she had voters.”

On the last panel, the one facing the courthouse, these words are engraved: “History is an impartial witness. To its philosophic judgement we commit the motives and deeds of our immortal dead.”

The first time I took the time to read the words on that last panel was in 2014, and the words have never left me.

Only a few feet from that panel was another new historical marker, this one describing the history of the 61st US Colored Infantry Regiment June, 1862:

Originally known as the 2nd U.S. Infantry Volunteers (African Descent), in December 1963, at the Battle of Moscow, Tennessee, the 61st was one of the first USCT units to see combat in the Civil War.

Its men saw service in Tennessee, Mississippi, Alabama, and Florida. During its service the regiment lost one office; thirty-seven men were killed and mortally wounded; and two officers and 316 enlisted men succumbed to disease.

The 61st mustered out of active duty on December 26, 1865, after which some became a part of the regular US Army.”

Now future generations will be able to appreciate the full story of the tragedy that was the Civil War.