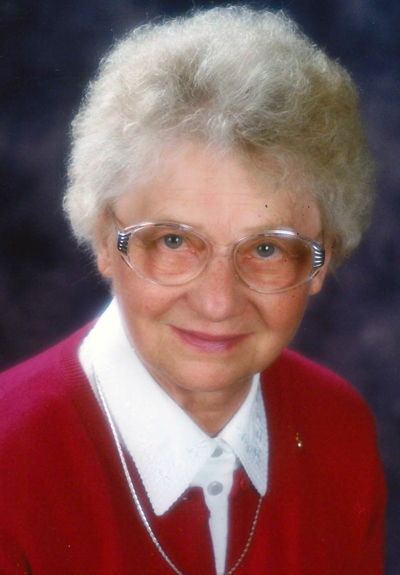 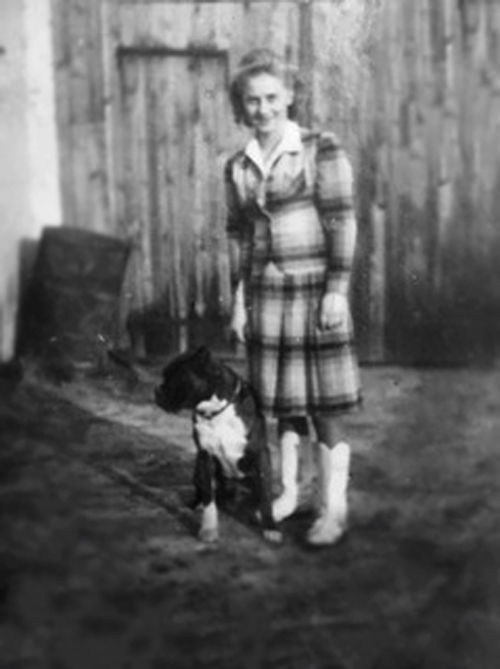 Funeral homes often submit obituaries as a service to the families they are assisting. However, we will be happy to accept obituaries from family members pending proper verification of the death.

Edeltraud “Trudy” Kietzman, 95, Fairfield, passed away peacefully on March 21, 2020 at Benefis-Eastview with her sons by her side and will be laid to rest on March 27th next to her husband Earl at the Sunset Hills Cemetery in Fairfield, MT.

Edeltraud was born to Edmund Steinke, Evengelische-Lutherische Kantor, and Elmira (Kuk) Steinke on June 22, 1924 in Gawrony, Poland. Trudy graduated from Polish Public Schools in June of 1939. Even though her formal schooling was in Polish, her father taught his children to read and write fluently in German. Following courses in German Stenograhpie and Typewriting, Trudy found work at a Co-op store in Petrikau, Poland. In January 1945, all of the area was evacuated because of advancing Russian forces and Trudy went to help her mother and siblings flee Poland. From Trudy’s writings, “Mom killed a pig and put it in salt for the trip. We loaded what belongings we could in the wagon and took feed for the horses.” After several days journey and crossing the frozen Oder river by wagon, they stopped in the small rural town of Wilmersdorf, Germany which became the Russian zone after the war. In early 1948, Trudy, by request of her mother, along with her two younger brothers travelled by train to the last stop in the former “east” Germany, walked across a field through “Niemand’s Land” to live with their Uncle and Aunt in the Senne I, near Bielefeld. Here she found work in an “Old Folk’s Home” and then later as a housekeeper in Vlotho for an English commander that oversaw the English occupied zone. During this time, her mother and sisters followed and eventually, her father, after being released from a POW camp near Moscow, joined them.

In November 1951, Trudy, along with her brothers and one sister, emigrated to America on the Navy Ship, “General Muir”. She remembered the excitement of seeing the Statue of Liberty and then apprehension as their journey continued across the United States to where they were sponsored by a family in Lewiston, Montana that owned a greenhouse. After working for several years in Lewiston, Trudy followed her siblings to the Sun River, Montana area where she worked as a Nurse’s Aide in the old Deaconess Hospital. In March 1965, Trudy helped open the new hospital (now Benefis) as a Nurse’s Aide on the Orthopedic floor. Not too long after, she met and married Earl Kietzman in December 1965 and moved to his family home on the Fairfield bench. Trudy and her new husband never expected to have children. However, she was elated to welcome her first son Ernest into the world in 1967 and then another in 1969, Edwin. Having married a farmer, Trudy also took care of Earl’s mother Louise, two young boys, raised chickens and “peddled” eggs to local grocery stores. She always kept a large vegetable garden and even found time to refinish several pieces of antique furniture. She was a member of St. John’s Lutheran Church in Fairfield and was active in their Lutheran Woman’s Missionary League.

Even after Trudy’s husband passed away in April 1996, she never really retired. Trudy continued gardening, canning, baking, and perfecting her German sourdough rye bread. Trudy had an immense love for her family, had a special relationship with each of her siblings, and was immensely proud of her two grandchildren. Having never expected to have children, Trudy was so grateful to get to know her great-granddaughter. She was able to visit Germany two times since leaving in 1951. Although she loved visiting relatives overseas and traveling around the country, Trudy always said that there was no place like Montana. Trudy was able to live in her family home on the Fairfield bench until almost 96 years of age.

Offer a personal message of sympathy...

By sharing a fond memory or writing a kind tribute, you will be providing a comforting keepsake to those in mourning. If you have an existing account with this site, you may log in with that below. Otherwise, you can create an account by clicking on the Log in button below, and then register to create your account.