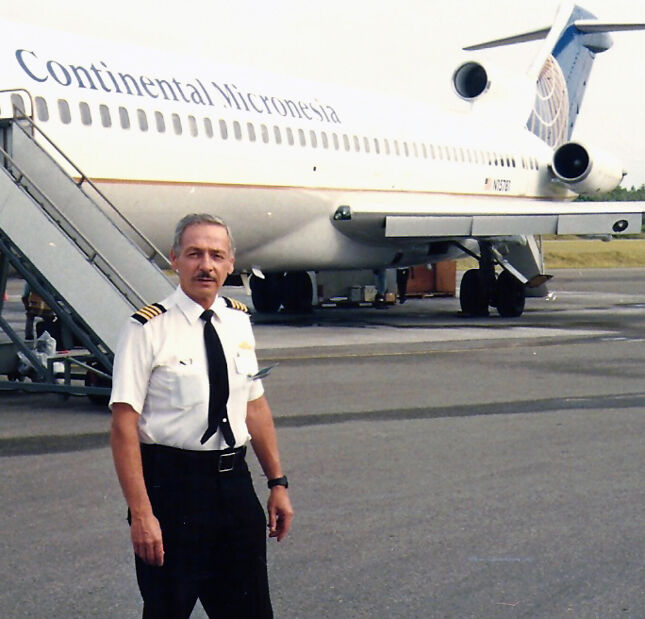 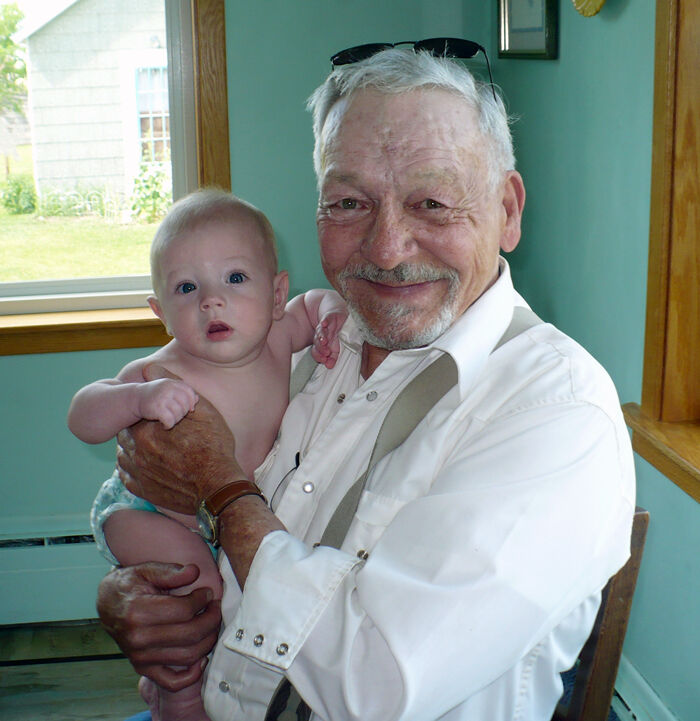 Born in June of 1941, in Great Falls, Montana, to Bynum ranchers, Lowry and Eunice (Campbell) Larson, Marvin deeply valued country life, its critters and its “big sky wide” days. He attended Bynum School and was a graduate of Choteau High School and Embry Riddle Aeronautical Institute in Miami, Fla.

From a young age, Marvin pursued his passions for airplanes, engines, tractors and trumpets.

He assembled innumerable balsa wood model airplanes, some of which crowded the ceiling suspended by threads above his boyhood bunk. Drawn to all things mechanical, at age five he drove the farm trucks and tractors with the aid of blocks attached to their foot pedals. Marvin never knew an engine he didn’t like, learning to build and repair them through hands-on experience. His dad gave him a small Briggs & Stratton engine, enabling him to invent and test all sorts of homemade mechanical wonders.

A product of Ira Perkins’ Bynum School music program along with some private trumpet lessons, Marvin was an accomplished musician, earning superior ratings on his trumpet solos at high school state music festivals for three years running. His hero was Rafael Mendez, premier trumpet virtuoso of the time. Marvin played the artist’s recordings endlessly and was fortunate to personally speak with Mendez at a concert in Great Falls. After submitting a tape, Marvin was invited to audition for the USAF concert band, an offer he declined. He had decided he didn’t want his joy of trumpet-playing tempered by his having to play, rather than wanting to play. Marvin pleasured in making music with his Olds trumpet for years to come.

The day after earning his driver’s license on his 16th birthday, Marvin was on his way to the Choteau Airport in the Dodge pick-up to take his first flying lesson from John Nordhagen. Marvin’s love affair with flight had begun for real. He was to become a top-notch spray pilot for Conrad pilot, John Mamuzich, and for the Dutton Flying Service.

He eventually co-owned a private plane and would announce visits from faraway places to the family ranch with a low-circle and wing wave over the buildings, touching down in a pasture and taxiing to the barn. An invitation to accompany him on an outing held certain promise of adventure and novel events.  Marvin particularly enjoyed mountain flying and often flew family and friends into Schaefer’s Meadows

Marvin learned to fly the “big” ones at Embry Riddle, after which he briefly flew charter for a firm in NY. Seasonally, he flew the DC-10 and the Ford Tri-Motor transporting smokejumpers for the legendary Johnson Flying Service of Missoula. Marvin’s name appears in “Fly the Biggest Piece Home,” a book by Steve Smith regarding Johnson’s years of tough pilots and tough planes.  Along the way, Marvin earned his flight instructor certification and truly enjoyed teaching his craft to others.

Marvin’s 33-year career as an airline Captain began in 1967, piloting first for Frontier Airlines followed by Continental and Continental Micronesia. He retired in 2001 at the mandatory age of sixty with over a million commercial air miles to his credit.  A skilled and talented pilot, his crews regarded him with great respect. In 1996, he rec’d a letter of commendation from Continental’s President-CEO for his exceptional performance in bringing 142 passengers and plane to safety after detecting smoke from an unknown source in the aircraft.

He served in the Army National Guard from 1963-69 as an aircraft mechanic and also earned his sharpshooter’s medal.

Although Marvin’s profession required him to depart domiciles from Denver to Newark to Guam, he most always maintained a Montana “home near home.” He retired in Augusta, Montana.

An unwavering patriot, he loved his country and its flag, displaying Old Glory from the fender of his Harley-Davison and the bow of his boat. He served several years as Commander of the Augusta American Legion Post 51.

A lifelong gun enthusiast, Marvin enjoyed trapshooting and hunting big game. He loved wilderness treks, especially packing into the Bob Marshall. As a retiree, he further fed his fascination with antique machines through his membership in the Teton Antique Steam & Gas Threshing Association.

Marvin often owned a horse or two and always, a dog. He especially enjoyed family gatherings and good food. With his sharp wit and dry sense of humor, he delighted in good-natured banter and was quick to play harmless tricks on others, placating them with his impish, sparkly-eyed grin.

Marvin, ever a child of the skies, is again cruising high with the best. His family treasures their memories of their handsome young man in his flying machines.

Condolences may be left on-line at www.gorderjensenfuneralhome.com