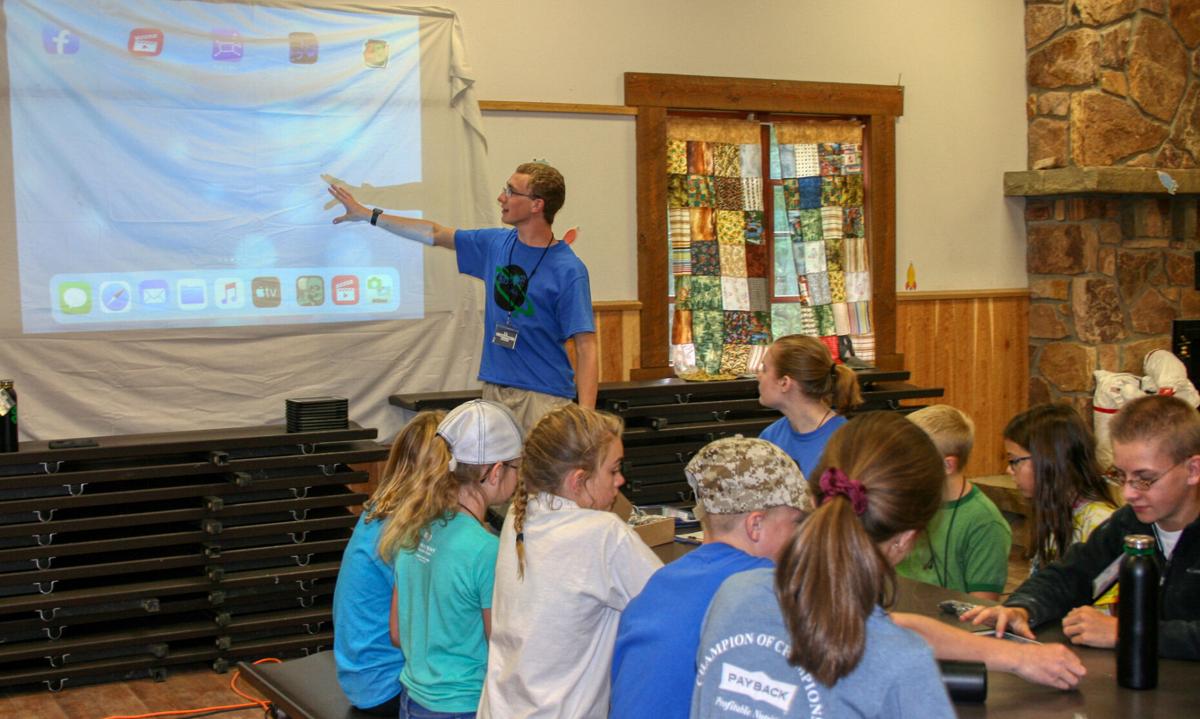 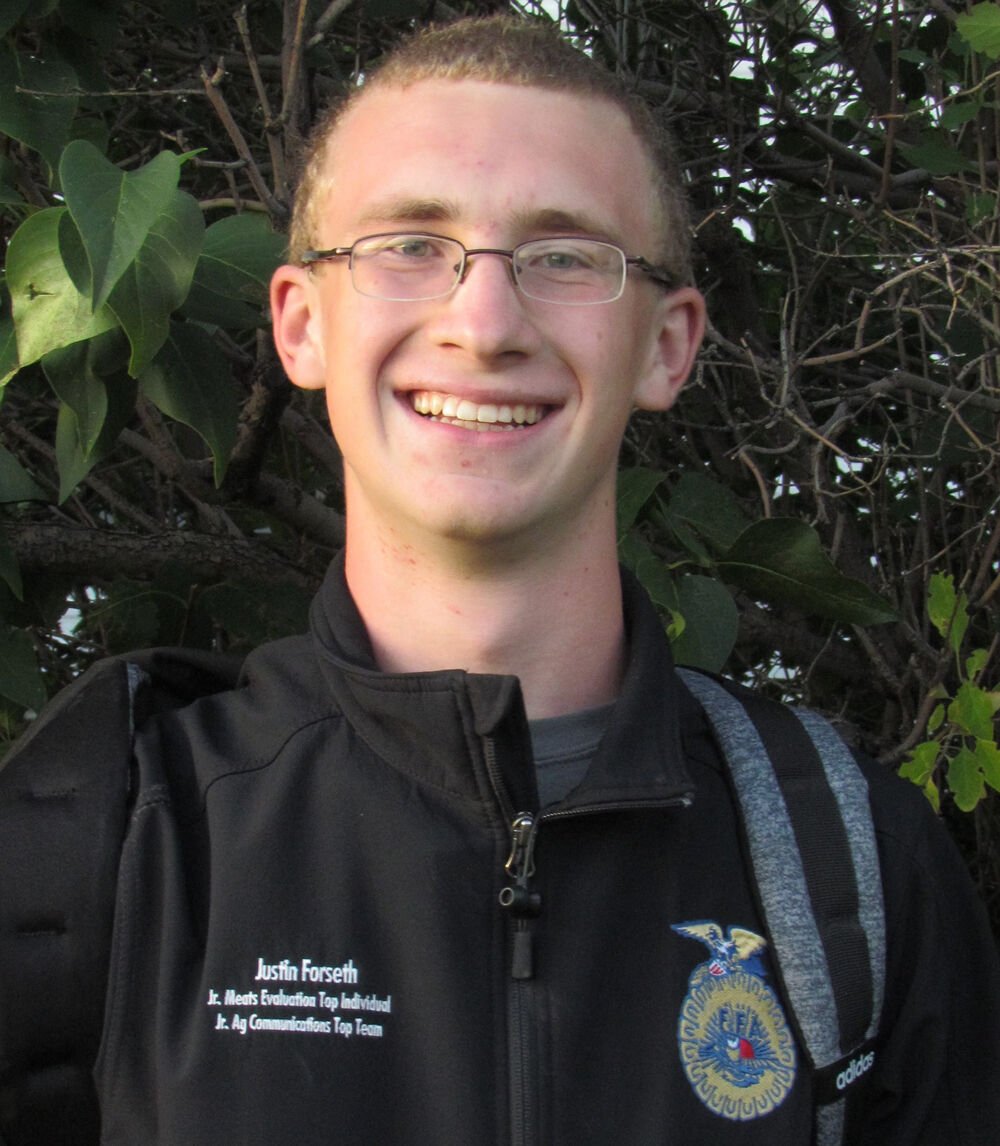 Last fall, as Justin Forseth started working on a Montana 4-H State Award application, he may have had visions of his name being announced during the final banquet at Montana 4-H Congress.  Typically, the winners’ names and photos are projected onto the multiple large screens in the ballrooms at the SUB on the MSU Bozeman campus and winners walk across the stage, receiving medals, certificates, handshakes and photos.  4-H members who earn the state award then look forward to attending National 4-H Congress in Atlanta, Georgia in November as part of their state’s delegation.  Of course, Forseth might not have thought at all about the glory of recognition as he seems to be most comfortable behind the scenes than on the stage.

Because all the Montana 4-H Congress events this year were provided online, there was not much fanfare at all when Justin Forseth learned that his work was chosen as worthy of a Montana State 4-H Award.  No stage, no spotlight, no applause.  Behind the scenes, though, there was a tremendous amount of learning and work.  In some ways, it is ironic that Forseth’s win would be in a year when Congress was held online through video conferencing.  Forseth’s state award focused on his work and learning in video and computer technology, both huge components to the delivery of the 2020 Montana 4-H Congress event.

Last year, while attending the 2019 4-H Congress on the MSU Bozeman campus, Forseth and MSU Extension Teton County agent, Jane Wolery, were able to arrange an impromptu visit with the director of the Gianforte  School of Computer in the Department of Engineering and tour the department where Forseth hopes to further his education in a few years.  Through self-study, and with help from local ‘expert’ adults, Forseth has been working to build his skills in videography and computer technologies.  His state award application details his progress in these areas over a three-year time span.

Forseth detailed his goals and learning in his application, from which a few highlights have been extracted, “I started using a GoPro, a versatile action camera, to capture farm video footage. Learned how to mount, adjust the various video settings and create time lapse. I learned the tradeoff between resolution (the dimensions of a single frame of video), fps (frames per second), file size (large resolutions and/or high fps) and storage/space issues. I figured out the best intervals for a time lapse, corrections for fisheye and managed the limited battery life. I increased my capabilities. I learned to use, Cyberlink Powerdirector, a video editing program, by exploring every menu, tab, and submenu. I learned to import my footage, arrange it on the timeline, trim that footage and to add transitions. I learned importance of patience and adjustment. I learned to adjust the playback speed of my footage, to use keyframes to make pictures move, to add transitions tastefully, to enhance washed-out or shaky video. I learned to organize projects and storage, find public domain and creative commons music. I learned creative skill is important. I completed registration with the Federal Aviation Administration. I learned takeoff procedures: unfolding the drone, attaching the propeller blades, turning on the drone, turning on the controller, connecting the controller to a phone/tablet for real-time footage. Learned various flight modes. I learned to use Activetrack to follow a piece of equipment automatically. I learned to use point-of-interest mode to orbit around a field or building, to use quick-shots to get simple zooming or spiraling effects. I learned to use the drone as a herding tool, flying over or around a herd and then decreasing height to reach hard to reach cows. I’ve used a couple different drones, but none like DJI’s Mavic Pro. It has safety features: GPS, automatic return home and land, high wind warnings, proximity sensors on the front. With no sensors on the back, I managed to run it back and up into a tree and learned an important lesson in awareness of my surroundings. The Mavic has all sorts of ‘intelligent flight modes’ and ‘quick shots’, but there’s still a certain finesse to the controls. I learned to move slowly and hover while shooting.”

Forseth used his skills to create a “year in the life on the Forseth Farm” video for his Dad’s fiftieth birthday, eventually adding audio recording from his grandfather talking about life on the Rocky Mountain front.

The state 4-H award requires members to use their skills in service to communities, and Forseth easily demonstrated such as he has used his videography for church fundraising efforts, FFA, teaching younger 4-H members and more.

For the computer technology portion of his application, Forseth started with LEGO Mindstorms EV3 and was programming with motors and sensors controlled by putting together blocks with software instructions.  He states that, “I learned programming concepts like input (sensors) and output (motors and display), conditional logic (if, else), loops, and functions. I learned to follow detailed instructions when designing, and to make the EV3 communicate with other devices via Bluetooth, to run Python and connect to internet.”  Forseth talked about using multiple languages to build code.  He said, “Programming isn’t about knowing a programming language, it’s about being able to think logically. A program is a list of instructions; a programming language is the ‘grammar’ used for those instructions. Scratch, a block-based educational programming language, is what helped me realize my love of programming. Programming, at its core, is not very complex. If-statements, variables, and loops respectively are universal programming concepts, and Scratch was the way I learned about most of them.”

One of his goals was to use the Python language, saying, “I created a small personal website, which is more of a constant experiment than an actual functional website. Initially, it was built for prayer requests. The user would input a request, and Python would send emails to those registered. I added a little chat box as an interesting challenge. Later I added a place to house video projects.  I added a task list feature and a file sharing tool to quickly share files online. Then, I added a page for my brother’s horseshoe art projects. I realized that since I had my own web server and domain name, I could create my own email addresses. I created a minimal knockoff of Google Doc. I created a web-based version of an existing LQA workshop. The goal of my site has been to learn and tinker. I’ve maintained and improved my projects, making them look better, adding features, fixing bugs.”

The application has several sections where 4-H members need to detail what they have done in their project area, in other areas of 4-H and then in areas outside of the 4-H program.  The sections include Communication, Leadership, Service, Learning and Goals, 4-H Story and Creative Project.  Forseth’s website served as his required creative project for his Montana 4-H State Award application.

Forseth cleverly used “code” to write his story, “function intro(){Life is a lot like a program, an extremely detailed, well-designed program. Our experiences, skills and habits are like functions, valuable snippets that we can call on elsewhere in the source code of our lives. Learn once, use over and over again. We learned how to walk, talk, type and drive and continue to use them over and over again. When we try something new, we don’t have to start from scratch.  We can use what we already know. A job interview function might call on an interview judging function from 4-H fair. Like functions in a codebase, the skills we learn can now be expanded upon and used for things we could never have foreseen. Since I joined 4-H, it has given me a library of functions that I can call on when I need them};”

Forseth went on to explain how different aspects of his 4-H program were part of the ‘functions’ of his life, saying, “All of these functions have one thing in common. They all started with a small modification to the source code, changing a single response from “false” to “true”. I didn’t know what would be written into those experiences, but every experience has provided me with useful code that I’ve called on often in the source code of my life … We shouldn’t forget what our experiences have to teach us, lest we have to learn them again. We shouldn’t waste our time trying to learn everything without applying any of it. Instead, we must call on what we know when we can and learn whatever each experience has not yet taught us. Thanks to 4-H, no matter where I go, no matter what the Divine Programmer writes into the rest of my source code, I will have an incredible library of experiences that I’ll call on and expand upon for the rest of my life.”

It remains to be seen whether attending National 4-H Congress 2020, which has been part of the honor of this level of an award, will be one of the highlights and experiences Forseth will add to his code. Congratulations to Justin Forseth on his achievements.