You have permission to edit this article.
Edit
Home
News
School
A & E
Business
Opinion
Obituaries
Announcements
Sports
Classifieds
1 of 4 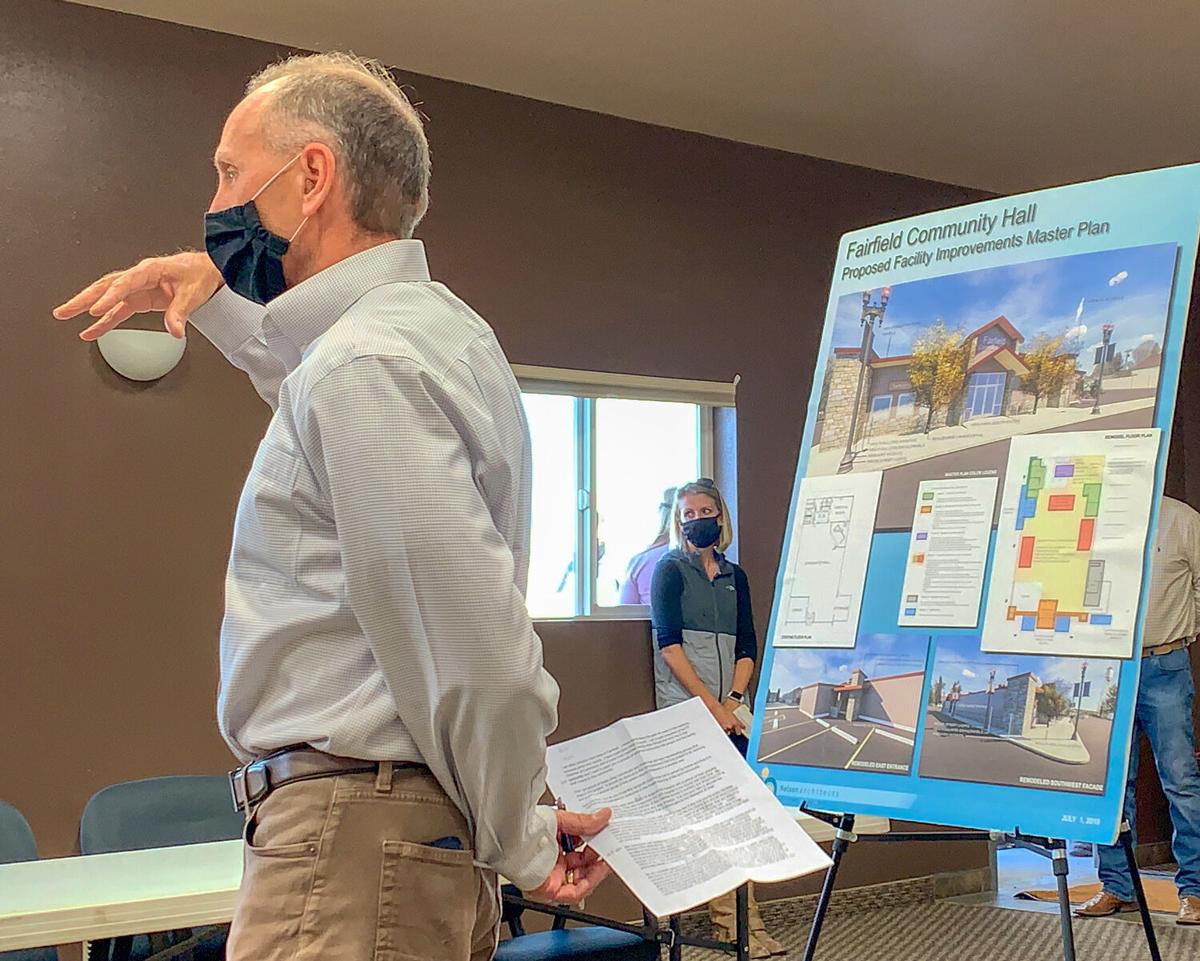 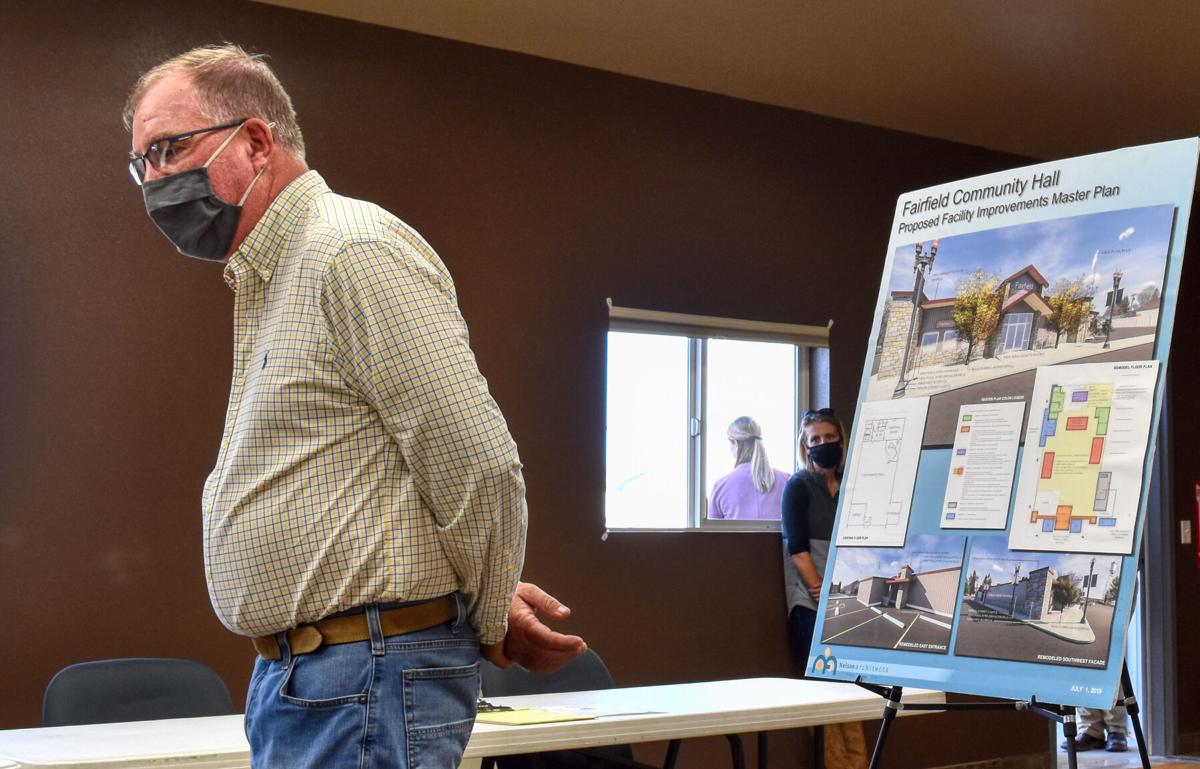 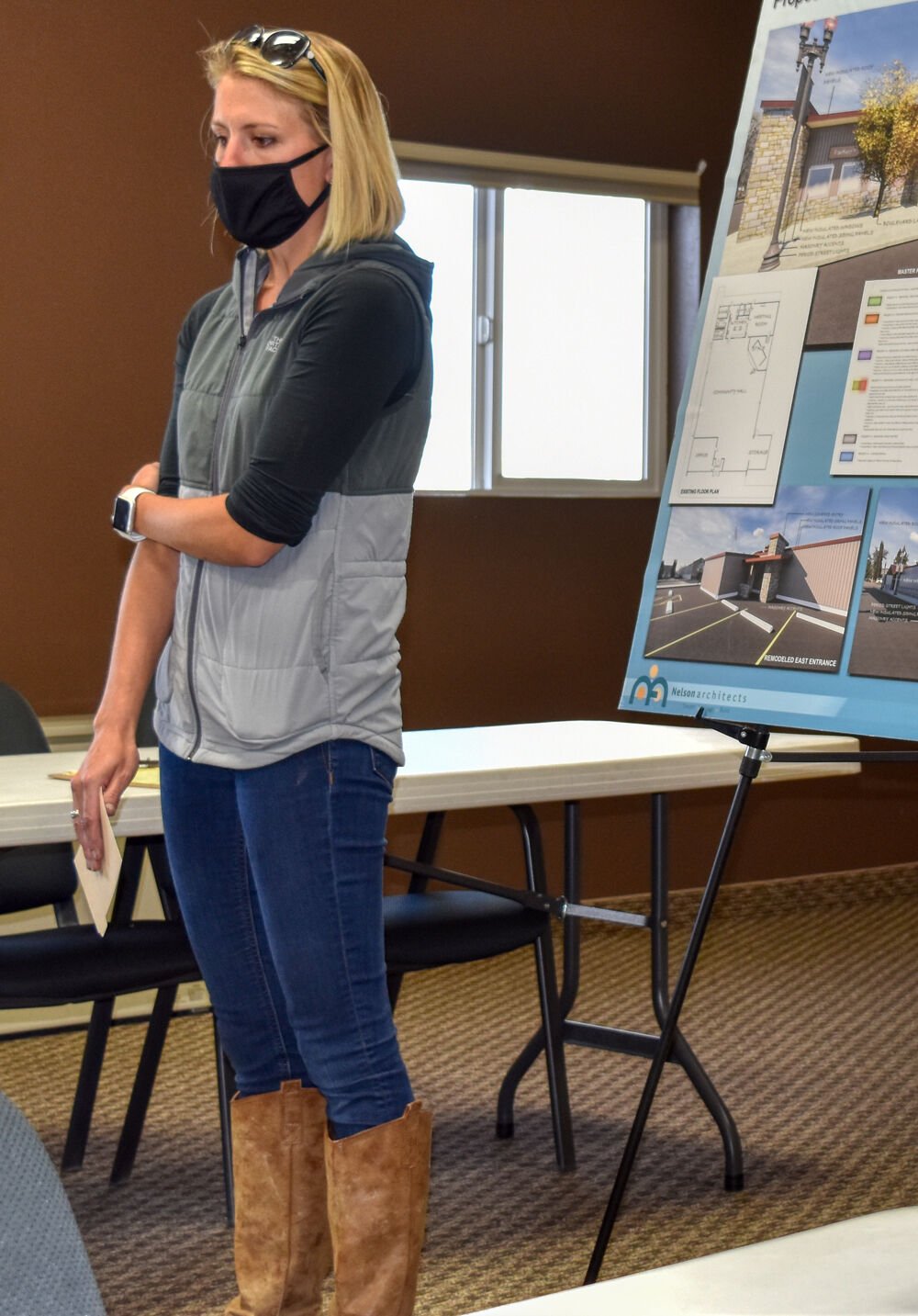 Supporters of the project to update and renovate the Fairfield Community Hall came to last Wednesday’s public hearing well prepared.

The meeting was conducted by the Teton County Commissioners and was held at the Fairfield Ambulance facility.

Seven people spoke in support of the Fairfield Community Hall receiving a portion of the $509,000 that is available after the dissolution of the Hospital  District.

Funding coordinator for the project, Brad Bauman, opened the presentation, telling the commissioners that this “is a very important project for our county.” Bauman said that the project is seeking $100,000.

The total project will require about $900,000, according to Bauman.

Phase one has been completed for a cost of $300,000. There is a total of four phases in the project.

Next, Emily Gulick, VP of the Fairfield Community Hall Board, told the commissioners that Phase One has already benefitted the community by bringing the hall into ADA (Americans with Disabilities Act) compliance. This was “the main reason for the renovation,” said Gulick.

She added that the acoustics of the hall will be improved as the project moves forward, making it easier for those with hearing issues to hear speakers at events. Gulick told the commissioners that the hall donates the space for the Fairfield Food Pantry.

Mike Johnson, representing the Fairfield Chamber of Commerce, explained what the hall facility means to the community, saying the hall touches a “diverse group” within Teton County. Johnson explained that the hall operates as a non-profit, “under the true meaning of community.”

“Fairfield does not have many county facilities,” said Johnson. He pointed out that the hall has a history of community oriented uses, such as blood draws and health screenings, Swim Day events and the Fairfield Volunteer Fire Department annual pancake supper. “You have an opportunity to provide seed money that will be leveraged, the result is a major county improvement that will make Teton County a better place to live and raise kids.”

In his closing, Johnson said of the county contribution, “With grants, your allocation could be doubled with a significant economic impact.”

Mark Lacher spoke next, telling commissioners that “is special to me to see it (community hall) supported. I would love to see you fund it to the tune of ten per cent.” Lacher added, “The hall touches the entire community.”

The next speaker, Dustin Gordon, spoke on behalf of Fairfield Schools. “We do a lot of things in coordination with the hall.” Gordon explained that the Fairfield Food Pantry got its start at Fairfield School as the “Backpack Program.” “The hall is a major hub for our students.” Gordon said that the hall was an evacuation point for the school in case of emergency.

Helen Music, with the Fairfield Junior Women’s Club nest told the commissioners that the club holds events at the hall and mentioned past events such as blood pressure clinics and vaccinations.

Mitch Johnson spoke next, followed by Brad Bauman who closed the presentation.

The hospital district was created in 1977. There is no time limit on when the commissioners can act on disbursing the funds.

No one else appeared at the hearing.

The Sun Times asked Shelley Batson about past and currents uses of the Fairfield Community Hall. Batson told the Sun Times that hall rentals have declined slighted for the past 10-15 years, saying, “Wedding receptions, etc. really are not done at the hall anymore. Some of this was due to the aesthetics of the hall, it’s not very warm looking for a wedding reception or other types of celebrations.” It is expected that after the renovation is completed, it will be more attractive for rentals.

Looking at back issues of the Sun Times, the hall once saw a lot of use for Red Cross blood draws, blood pressure clinics and other health-related events. Many of those are now held at local churches or at the school where the space may be donated for the event.

Local companies once used the hall for large events, such as the large soirées put on by Eisenman Seed Company.

Batson went on to say,  “The small room is used for meetings, some are done every month, some once a year.” Part of the recent decline, she added, was cyclical.