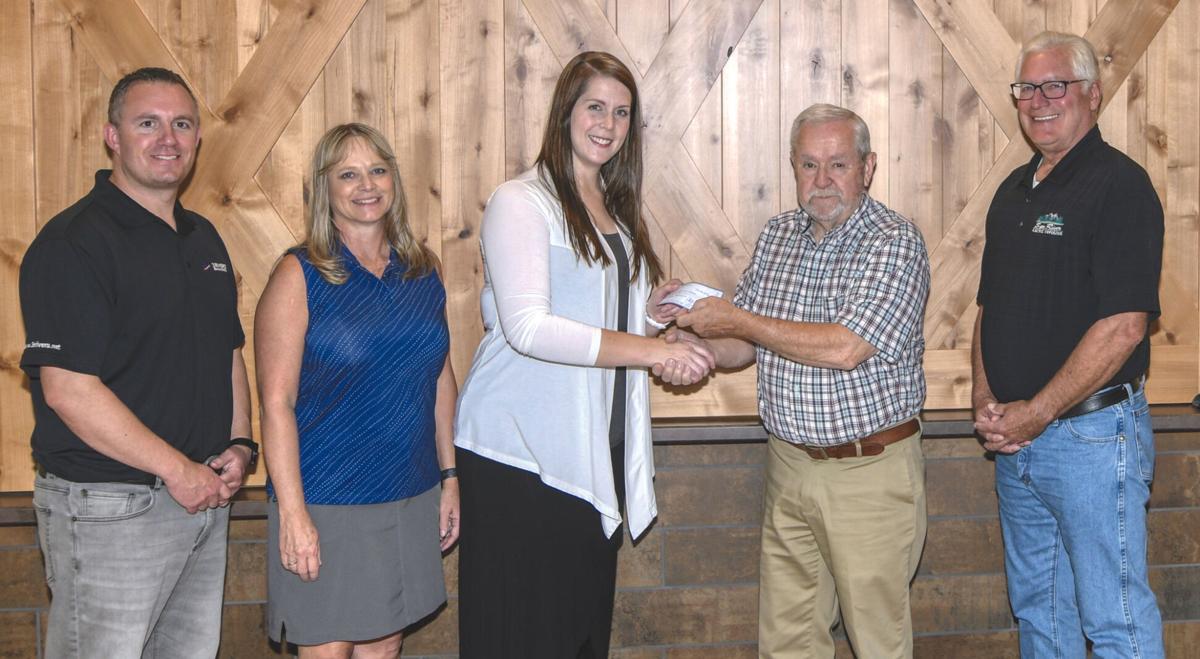 Gary Kasper, third from left, presents a check to the Fairfield Community Hall on behalf of the Choteau Masonic Lodge. Accepting the check are, from left to right, Dave Massey, Shelly Batson, Emily Gulick and Brad Bauman. 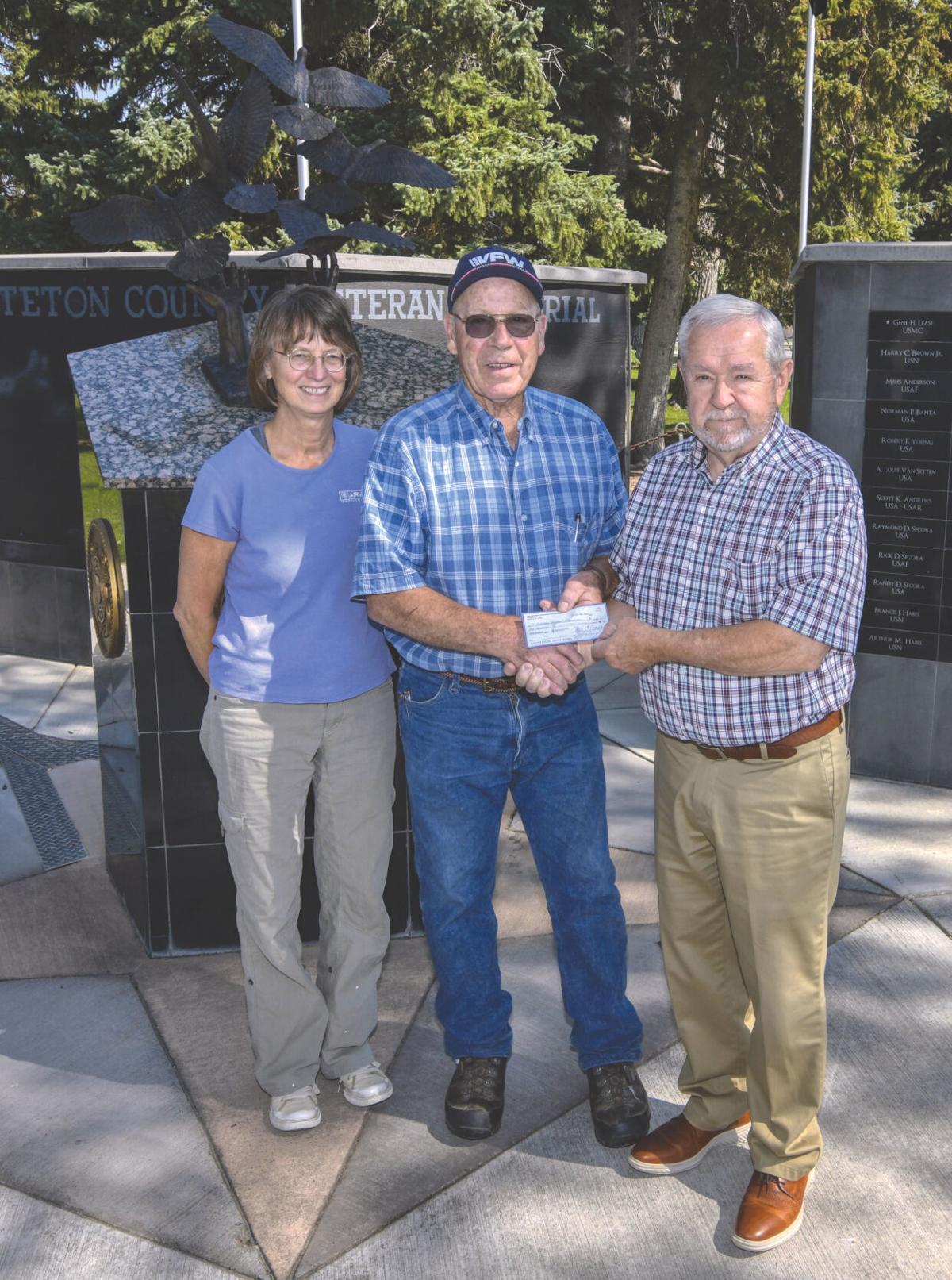 From left, Diane Hausmann and Laurence Vincent accept a check from the Choteau Masonic Lodge, for the Teton County Veteran Memorial, presented by Gary Kasper.

Members of The Fairfield Historical Society are presented by Gary Kasper, second from left. Accepting the check are, from left, Andy Watson, Diane Hausmann, Sandy Johnson and Laurence Vincent.

For the first time since 2019, Memorial Stadium open…

Last week, three Fairfield organizations were the recipients of donations from the Choteau Masonic Foundation.

The Fairfield Historical Society, The Fairfield Community Hall and the Teton County Veteran Memorial were presented with checks last Thursday.

Community Hall Board Member Emily Gulick told the Sun Times, “We really appreciate the support. This donation will make our community a better place, both at the local level, and at the county level.”

Laurence Vincent, with American Legion Post 80 in Fairfield, accepted the donation along with local artist Diane Hausmann, who created the sculpture that is the center point  of The Teton County Veteran Memorial. Vincent said that the donation would be used to help with upkeep, repairs and additions at the memorial. “We really appreciate this donation,” he added.

Speaking on behalf of The Fairfield Historical Society, this reporter would like to say “thank you” to the Choteau Masonic Foundation. Our historical society is still quite young, and donations like this are vital.

Guide: Montana hunting season should be OK despite drought

Gary Kasper, of Fairfield, serves on the Choteau Masonic Foundation Board was on hand to present the checks.

According to Choteau Masonic Foundation secretary-treasurer Denny Perry, the foundation was formed in the eighties by a few of the active Masons in Choteau. The foundation grew slowly over the years, with contributions from many individuals, not all of which were Masons, although most had a relative with an affiliation or, in some cases, had been helped by a Mason or a Masonic organization.

Perry said, “The foundation is a non-profit public benefit corporation, formed for the purpose to dispense charity. Our main push is to promote education which we do with our Bikes For Books Program which has been conducted with all public schools in Teton County.”

Virtually anyone is electable to be a director of the Foundation. Directors are recommended and elected by sitting board members.

Perry told the Sun Times, “The Fairfield Lodge and Choteau Lodge were close - jointly supporting many charitable and Mason efforts.” He added, “And of course quite often just to have a good time with other men with similar morals and ethics. Consequently, when Fairfield Lodge no longer had enough members to support the Lodge, they affiliated with Choteau Lodge. Along with that affiliation came their,  which were considerable because they had owned and sold their building. This one reason we try to support the Fairfield in a meaningful way.”

Perry said that the Choteau Masonic Lodge membership decreased to the point where it was difficult to maintain their building, which was sold. “The building was owned by the Foundation, so that was a big addition to our funds.” The funds were invested with a stockbroker with a “fairly aggressive” program of purchasing stocks, with a strong growth potential. “We have done extremely well the past several years,” Perry went on to say.

The Foundation does not have a set schedule for making donations, but when a member, or members, become aware of a need, it is given consideration. The Bikes for Books, though, is an annual event.

Anyone who would like to learn more about the Masons is urged to contact a member of the Masonic Lodge.