You have permission to edit this article.
Edit
Home
News
School
A & E
Business
Opinion
Obituaries
Announcements
Sports
Classifieds
1 of 3

COVER PHOTO: Eighteen Model T’s line up in front or Fairfield’s American Legion Park recently. The cars were entered into the “Montana 500.” 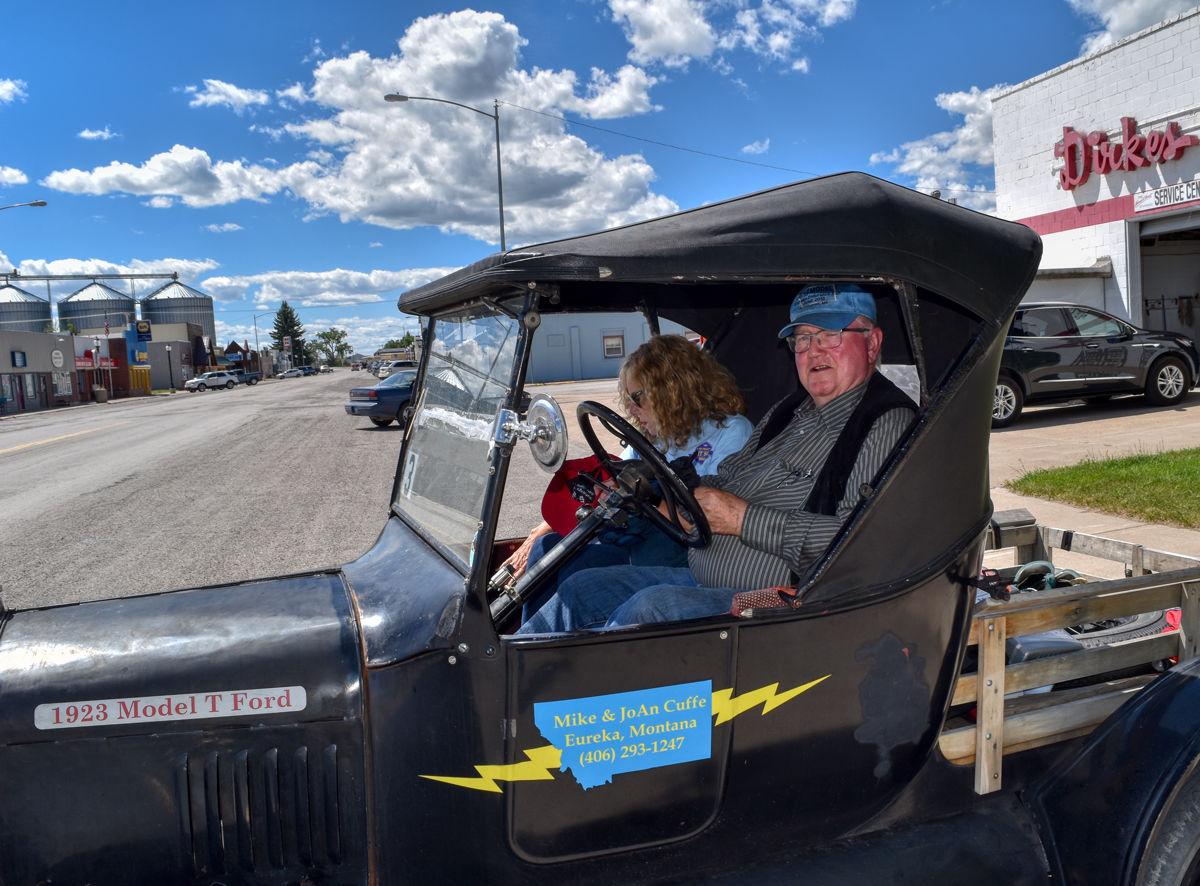 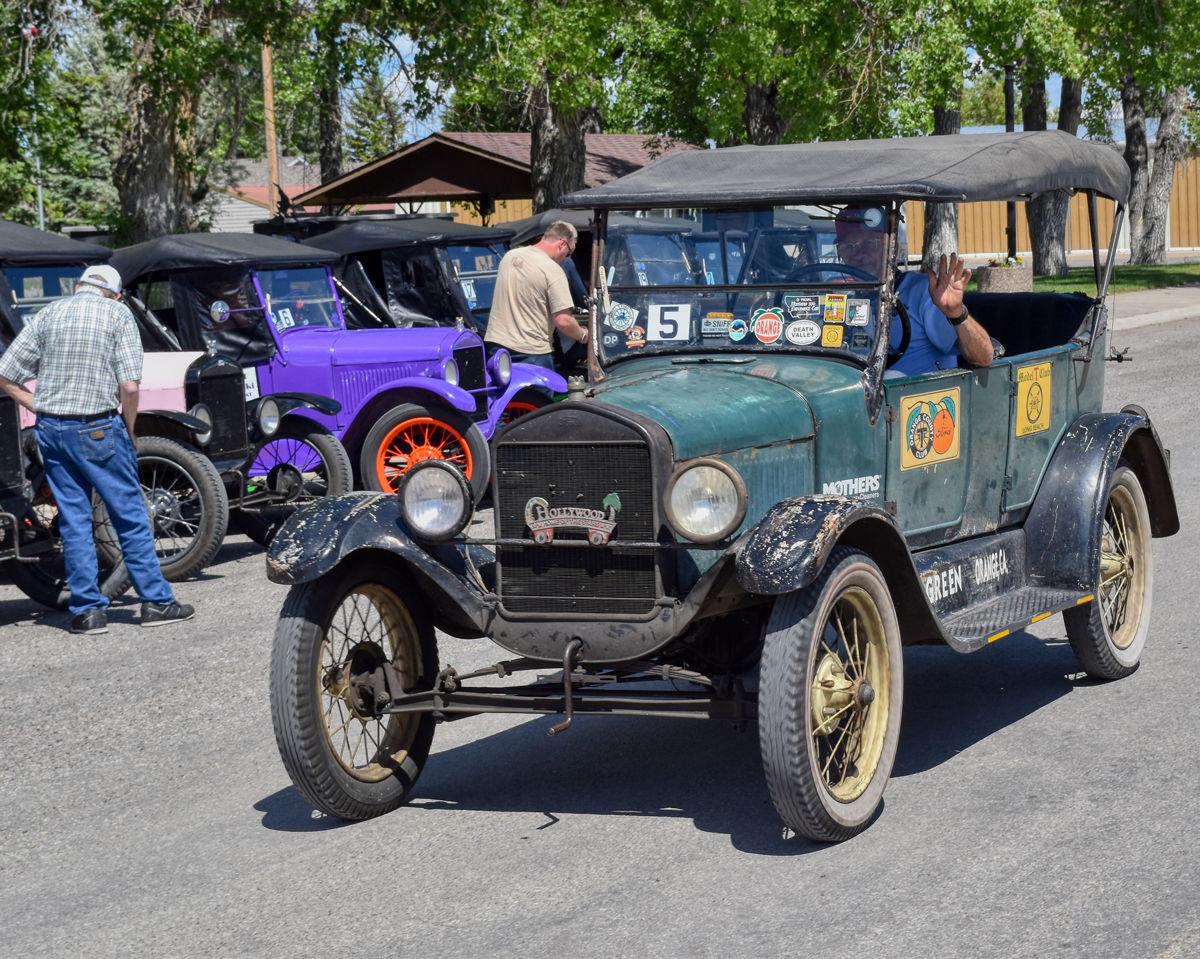 The cars were owned by members of the Montana Cross Country T Association, MCCTA, and were on a 500 mile endurance run.

According to Matt Hansen of Colbert Washington, the “Montana 500” first ran in 1961. This year, Helena was the host city. “We choose a different host city every year,” said Hansen, who serves as MCCTA president. “We visited Lincoln, Fairfield, Wolf Creek, White Sulphur Springs, traveling through many other towns along the way,” he added.

There were 20 cars when they started. By the time they rolled into Fairfield, there were 18. Hansen told the Sun Times that on the last day, 16 cars were on the road, and by days end 14 cars finished “on their own power.”

The oldest car was built in 1924, with most coming off the assembly line in 1926 or 27. The Roadster was the most popular model on the run, but there were two touring cars and one pickup.

The T’s that gathered in Fairfield came from all over. First time participant Bill Comer traveled from Aurora, Illinois. Cars also came from California and Washington. Six cars hailed from the Treasure State.

Hansen said that the drivers ranged in age from 23 to 77. There were four female drivers, all returning from previous runs. Two of them have won the race in the past, one took the win twice.

This year’s winner was Tom Carnegie from Spokane, Washington.

According to Hansen, parts are “relatively easy to find and many reproduction parts are available but typically original parts are preferred and many are better quality than reproduction.” Hansen went into great detail, explaining, “The electrical system may be the trickiest part to get tuned on the cars. Each cylinder has a wooden coil box supplying spark from a timer mounted on the front of the cam shaft. The cars also run on battery or magneto. Battery being six volt D.C. voltage and magneto may be as high as 30 volts A.C. voltage.

Many coils are adjusted with the original hand crank coil tester, but many are adjusted with a modern electronically cranked coil tester produced and sold by Mike Kossor.” Kossor is one of the only sponsors of the Montana 500 and “has generously contributed to the MCCTA over the last years.”

Hansen said that there are many Model T enthusiasts out there, and many are willing to help newcomers interested in building, driving and maintaining a Model T.

A couple of days after the T’s visited Fairfield, there was a tragic accident involving a father and son team from Kansas. The accident occurred in Boulder, Montana. The MCCTA issued this statement: In the final leg of the Montana 500, a tragic accident occurred involving the father and son team, Sonny Bishop and Dwayne Lukowski. The single car accident on June 24, 2020 sent both driver and passenger to the hospital. Sonny was treated and released the same day. Sadly, Dwayne was placed on life support. Out of respect for Sonny, Dwayne, and their family, we chose not to post about the accident and requested the same of the MTFCA directors and web administrators.

Dwayne Lukowski passed away on Sunday, June 29, 2020. There are no words to express the tremendous loss we have incurred. Our thoughts and prayers are with the Bishop-Lukowski family. The continued sensitivity and respect from all fellow Model T owners and enthusiasts during this extremely difficult time is appreciated.