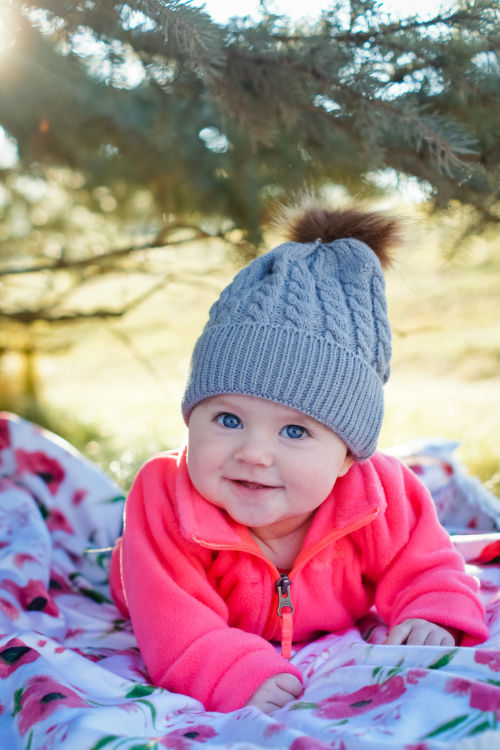 Thea Seymour is 4 months old. Her parents, Daniel and Jacki Seymour, both are working as dental hygienists in Kalispell after going through Great Falls College's program. 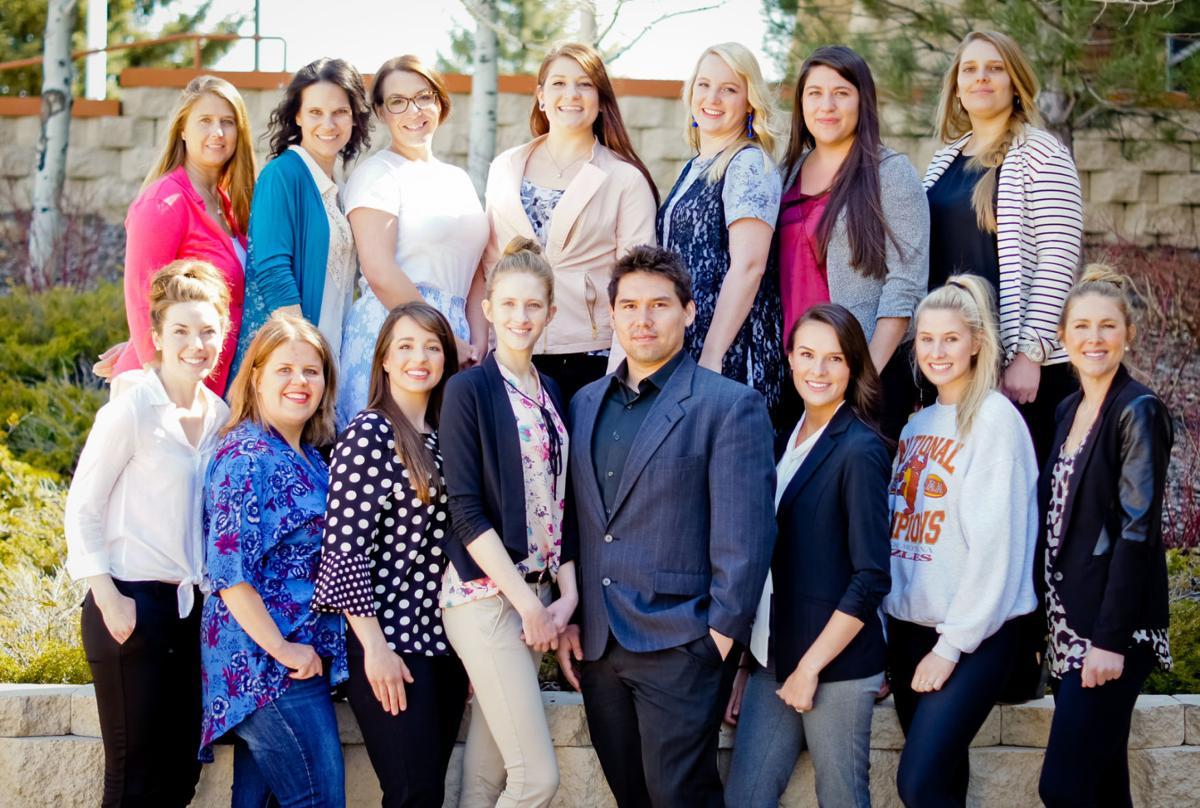 The 2018 Great Falls College dental hygiene graduating class included Daniel Seymour, one of the rare males to go into dental hygiene. He doesn't understand why that's the case. “The pay is great,” he said. “You get a lot of time off -- three-day weekends mostly -- and you can afford to work three days a week and still live comfortably.”

Jacki, Daniel and 4-month-old Thea live in Kalispell, where Jacki and Daniel work as dental hygienists after going through Great Falls College's program. “If we were able to survive hygiene school together, there really isn’t anything that life can throw at us that we can’t do together,” said Daniel as the family prepares to celebrate Valentine's Day.

Daniel and Jacki Seymour may not have fallen in love while going through Great Falls College MSU’s dental hygiene program, but the rigorous program didn’t break the newlyweds, either, as they prepare to celebrate another Valentine’s Day together.

This time with 4-month-old daughter, Thea.

“If we were able to survive hygiene school together, there really isn’t anything that life can throw at us that we can’t do together,” said Daniel. “Going in together to the most difficult two years of your life, and you are sharing this with your significant other, and you are waking up at the same time, fighting over the bathroom, studying for the same tests and taking the same classes, really the only time we didn’t see each other was when I went to the gym after class…”

“We learned the hard way that we just can’t study together because we have completely different learning styles and ways we study,” she said. “So we learned to do our own thing, and it relieved the tension between us.” After studying dental hygiene from the fall of 2016 to the spring of 2018, the Seymours returned to the Flathead Valley, where they both grew up.

Now, they have a reputation.

Jacki had been interested dental hygiene since she was young, but Daniel wasn’t convinced it was for him.  “As a guy, I guess, I never really thought of it as even an option,” he said.

Now, he wonders why he had doubts.

“The pay is great,” he said. “You get a lot of time off -- three-day weekends mostly -- and you can afford to work three days a week and still live comfortably.

The Seymours said there is demand almost everywhere for hygienists as they see advertisements across Montana and the nation, including sign-on bonuses and really high wages.

What's so 'super' about Super Tuesday?

The one place there is not great demand? The Flathead Valley. “We all have to pay the mountain tax,” he said about the cost of living in one of the most beautiful places on earth.

But Daniel is now working full-time and Jacki has chosen to work part-time.

Both work in a couple different offices.

However, not the same offices.

Both say that building relationships and rapport with patients is the most rewarding part of the job as they have been working long enough in Kalispell to go through a couple cycles with patients.

“You see them and then when they come back, they are more than patients, they are friends,” Jacki said.

Julie Barnwell, the dental hygiene program director at Great Falls College, has fond memories of the Seymours. “They left their mark on our program and set the bar high for future students,” she said. “We were sad to see them leave but excited to see where their journey would take them next.”   Their thriving careers have made the sacrifices worth it.  “It was hard,” Daniel said. “I won’t lie about that.”  The stress started early.

“When we both applied,” Daniel said, “we knew the odds were slim that both would be accepted, but we worked really hard and got really good grades.”

Daniel found out he was accepted first when Laramie Smovir in Great Falls College’s admissions office called to tell him that he got into the program.

“Then I asked if my wife got in, but she couldn’t tell me because of confidentiality,” he said. “But then I got the phone call from Jacki about five minutes later. It turned our life around pretty quick.”

What made going through school a little easier was the bond with their fellow students.

“We made some of our best friends in the program, still to this today,” Jacki said. “You go through so much.”  Applications are open for Great Falls College’s competitive programs, such as dental hygiene and dental assisting, beginning Friday, Feb. 14, Valentine’s Day.