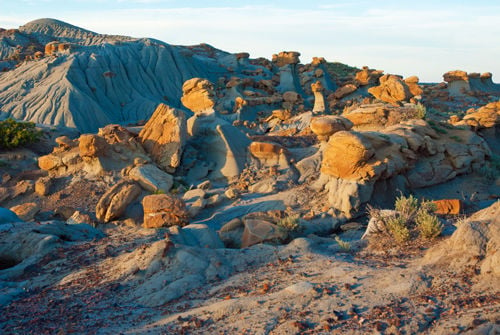 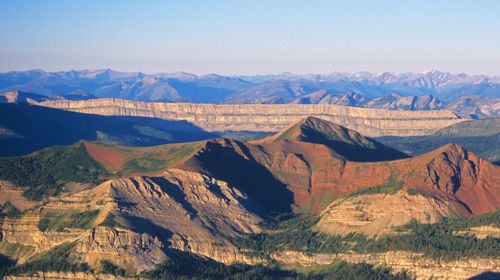 Editor’s Note: In September 2013, University of Montana geography faculty member Rick Graetz and Kayde Kaiser, a geography graduate student, launched the “This Is Montana” program as an outreach effort that is delivered to an estimated 80-plus high schools and newspapers. Articles penned by UM faculty and others cover numerous Montana-oriented subjects, ranging from a series on the Missouri River to a discussion on the six-mill levy. Every few weeks, the stories and appropriate photos are dispersed through UM University Relations and the Montana Newspaper Association.

In the fall of 2015, graduate student Dana Scott took over from Kaiser and developed an addition to the program – “An Uncommon Website – This is Montana,” online at http://www.umt.edu/this-is-montana/. The site, updated every two weeks, includes the columns, teaching photos, Montana short notes, research and every issue of UM’s Crown of the Continent and Greater Yellowstone Magazine.

In the spring of 2017, Anne Jehle, a Wildlife Biology major took over the endeavor, which presently, Hillary Sward, a geography graduate student, directs.

The idea came about because Graetz always felt that UM, as a public entity, had an obligation to share knowledge and research with those who made the University possible, the taxpayers of Montana. And the thought was that the shared information should be presented in “public speak.”

What follows is the first part of column No. 100:

It’s the height of Montana summer – early August – and a serene Flathead Lake framed by cedar, ponderosa and spruce confronts us. It’s 6 p.m., and the sun is still high in its arc but low enough on the western horizon to fade and blend the low-slung ridges and tops of the Salish Mountains rising from the lake’s western shore 13 miles or more in the distance.

The dark, seemingly featureless massifs become progressively lighter the farther west they extend. A smoke haze from forest fires adds to the silhouetting created by the sun and distance.

Silence has taken over. The water is still. Mechanized watercrafts have been put to bed. Nothing is left to disturb the peace and vision. Human intrusion is vanquished by the expanse of water stretching to the sunset side.

A setting is in place to picture the lake’s, and northwest Montana’s, yesterday.

Looking south toward the foot of the lake, our imagination takes us back to March 1812, when explorer and fur trader David Thompson crested a hill to become the first known   white man to stand in awe before the sparkling Flathead Lake.

Turning toward the mountains on the west, we can envision lonely trappers seeking the elusive beaver and other fur-bearing animals along the streams that thread the forested uplifts. With a bit more conjecture, and it is possible to hear the crack and thud of an ax taking a bite out of a pine tree as logging operations took hold in these same woods at a later date.

Smoke-veiled sky makes it easy to imagine monster-sized steamboats, with antennae-like stacks belching black sooty clouds and dripping paddle wheels churning a frothy wake as they plied the 27-mile-long lake from about 1885 until 1930.

The thought of all the history and change that has passed through this incredible valley in the relatively short period of its recorded time is exciting and makes us yearn to know more.

But whether it is on Flathead Lake, the banks of the Missouri River or from a Beartooth summit, the landscapes’ stories ask to be remembered, lest all that happened lose its importance. It’s not difficult to look back on Montana’s formulative years. It was such a short time ago. And that is part of what makes this state a grand package of space and time.

Every state boasts of great beauty and a history worth remembering. Montana, though, combines geography and an unquiet record of the past into an enviable mix. Our topography is diverse and magnificent. The Northern Rockies within Montana’s borders equal or surpass mountains found elsewhere, and the prairies flowing east of the high country are the most unique and beautiful in the nation. Nowhere on the North American continent do river breaks, island ranges, buttes and badlands come together like they do in Montana’s piece of the Great Plains.

Couple this grandeur with great sweeps of country unaltered through time and chronicles extending back less than two centuries, and one of the most fascinating and enviable places in America unfolds.

A complete study of a region requires the affiliation of place and history. It is especially essential when viewing Montana. Much of what we see here today is intrinsically linked to the past, and understanding the past is required to interpret our province of today.

The late K. Ross Toole, an eminent historian and distinguished UM professor, summed up segments of our history and lends us his perspective on its abrupt changes:

“For many years, while immigrants rushed to the West Coast, the facts of geography sealed off the great northern pocket. When at last it was probed, civilization came all at once. It came too fast. There was no ebb to the flow. The plains had sustained millions of buffalo. The sea of grass was endless. To the cattlemen who poured from the south and the west onto this great area in the early 1880s, it was inconceivable that the plains could not sustain their great herds forever. Tough and resourceful as they were, their days on the open range were tragically number. In less than a decade, their empire had crumbled and the grass was gone.

“Then it was the ‘honyocker,’ who like the cattlemen moved onto the land with quick profit as a basic motive. There were a few good years, but then nature struck again. The mass exodus of people left whole communities empty. Eleven thousand farms were abandoned in eastern Montana in the late teens and early twenties. The boom had been great; so was the bust. The promoters and the ebullient honyockers did not know land. And they left behind them mute towns with tumbleweeds banked high on windward sides of leaning buildings. They also left behind a sorely wounded country.

“In 1880, Nate Leavengood’s meadow, where Anaconda now stands, was a lush and quiet place. As far as the eye could see in all directions there was nothing but the valley, the swelling foothills and mountain ramparts.

“Four years later, the meadow was gone, blighted by arsenic fumes from the largest copper smelter in the world. There had been no gradual encroachment of civilization, no creeping in of small farms and little stores. There was no village. First there was nothing, and then all of a sudden there was the world’s largest smelter and around it a raw new city.”