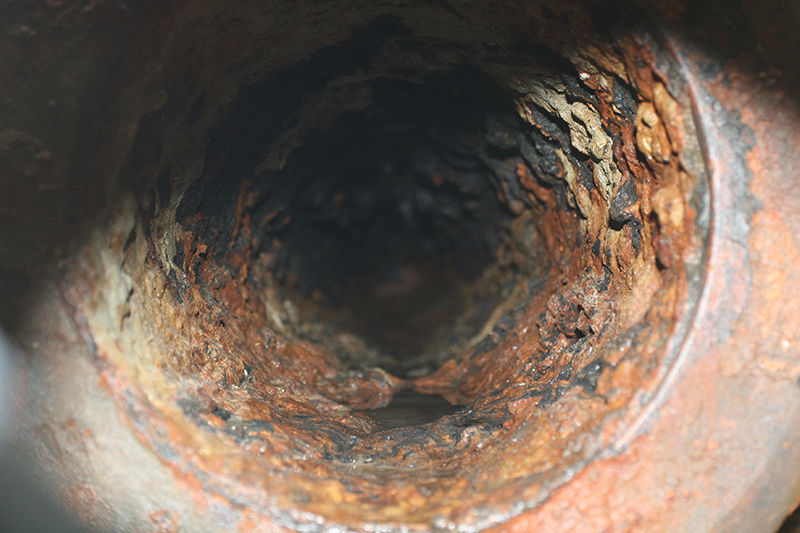 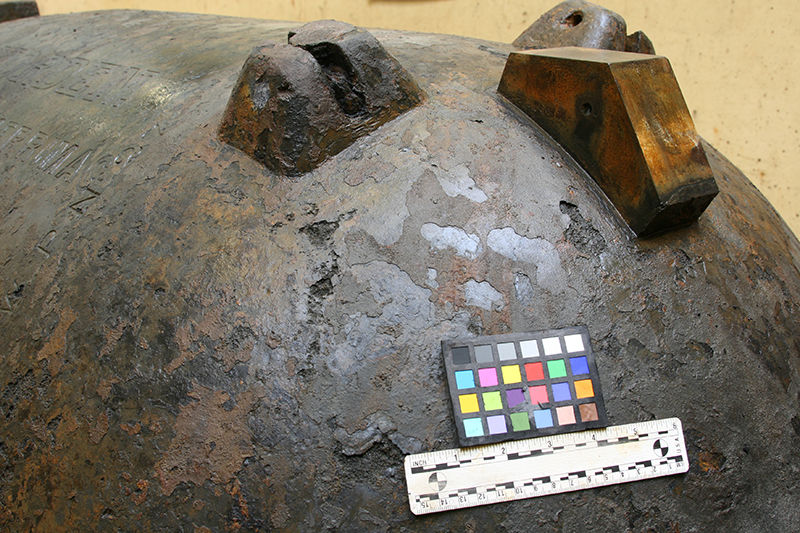 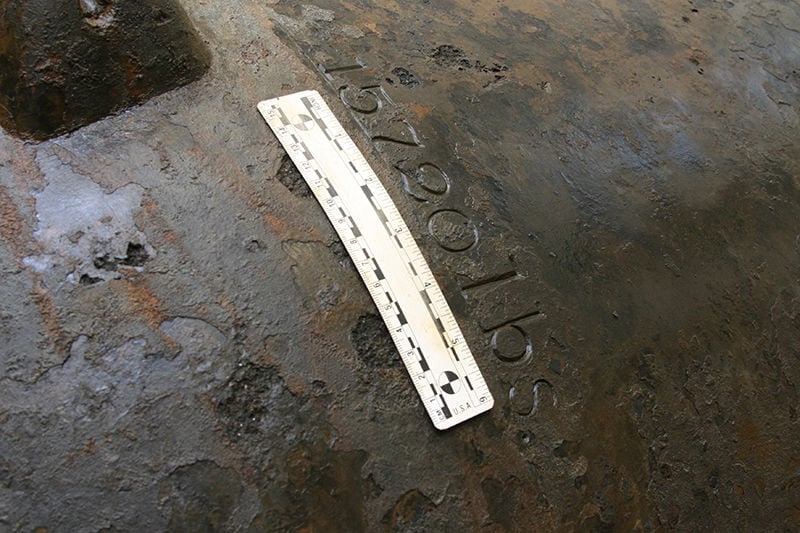 The Mariners' Museum and Park
1 of 3

NEWPORT NEWS, Va. — This month, The Mariners’ Museum and Park will embark on the next monumental step in conserving USS Monitor’s Dahlgren guns. In late February and early March, the Museum will clean out the 11-foot-long bores in each gun using a custom-made machine.

Monitor’s guns are the largest guns to ever be bored, giving this significant conservation step its own mark in history. The removal of the marine material is the final mechanical cleaning step before the guns can be dried and put on display.

“By boring the guns, we will finally have the ability to remove trapped ocean salts from the interiors of these massive artifacts; which sets the stage for us to dry and put the guns on display,” said Will Hoffman, the Museum’s director of conservation. “Due to the size of the guns, no one has done this procedure at this scale, so we’ve had to develop new equipment to make it happen.”

In 2002, after the National Oceanic and Atmospheric Administration (NOAA) and U.S. Navy divers raised the 120-ton USS Monitor turret, the massive artifact came to The Mariners’ Museum and Park for conservation, curation, and display. The turret was covered in thick layers of concretion and over time, the material was removed using hand and pneumatic tools exposing the turret itself and hundreds of additional artifacts including the two 11-inch (bore diameter) Dahlgren guns.

In 2004, the guns were removed from the turret and transferred to independent treatment tanks to advance the removal of concretion and facilitate the extraction of marine salts using electrochemical treatments. By 2018, the exterorior of the guns had been cleaned of ocean deposits, but the bores of the gun are still full of marine materials which cannot be accessed by hand tools. To remove this material, a custom boring machine and holding apparatus is currently being built by the Museum and Master Machine and Tool of Newport News.

Do You Want More ‘Zoey’s Extraordinary Playlist’ After the Christmas Movie? (POLL)

The Museum is hopeful to find Civil War-era artifacts during the process. During the excavation of USS Monitor’s turret, hundreds of artifacts were found including many personal items from crew members.

“Although the chance is small, the potential to find artifacts is exciting,” added Hoffman. “Personal items such as silverware, coins, and pocket knives have been found in the turret. Items such as these provide us with a direct-connection to the crew of Monitor.”

The Dahlgren guns will be bored one at a time and will take about a day per gun. The first gun will be bored on Tuesday, February 25 and the second gun will be bored on Tuesday, March 3. This is an estimated timeline and is subject to change. There will be opportunities on Tuesday, March 3 for the media to be in The Batten Conservation Complex while work is being conducted on the guns. This will be on a first-come, first-serve basis as there will be limited space in the Lab. If your media outlet is interested in filming or photographing this project in the Lab, please reach out to Jenna Dill at jdill@MarinersMuseum.org as soon as possible.

The Mariners' Museum and Park connects people to the world's waters because through the water – through our shared maritime heritage – we are connected to one another. The organization is an educational, non-profit institution accredited by the American Alliance of Museums and preserves and interprets maritime history through an international collection of ship models, figureheads, paintings, and other maritime artifacts. The Mariners’ Museum is home to the USS MonitorCenter, and is surrounded by the 550-acre Mariners’ Museum Park, the largest privately maintained park open to the public in North America. The Mariners’ Museum Library is the largest maritime library in the Western hemisphere. Because of the Museum’s world-class collection and its reputation for high-level exhibits and programs, in 1999, the U.S. Congress designated The Mariners’ Museum as one of only two maritime museums that comprise America’s National Maritime Museum. In an effort to provide access to the incredible stories told through the collection to all guests, admission to the Museum is only $1 per person. For hours and information, visit MarinersMuseum.org, call (757) 596-2222, or write to The Mariners' Museum, 100 Museum Drive, Newport News, VA 23606.